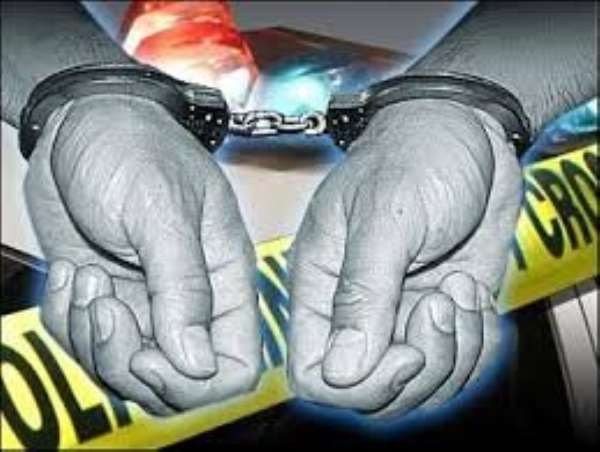 The Police have arrested and arraigned one more person, Theophilous Acheampong, for his alleged involvement in the murder of Kosoa Buduburam police officers.

Appearing before the Kaneshie District Court, the Police, therefore, substituted the charge sheet of the alleged Kosoa Cop killers.

Replacing the charge sheet, Eric Kojo Duah, Michael Osofo Anim and Theophilus Acheampong have had their pleas preserved by the court.

Duah aka Sakora has been charged with two counts of murder while Anim and Acheampong are facing two counts of abetment of crime, to wit murder.

The three are now being held for the death of Sergeant Michael Dzamesi and Lance Corporal Awal Mohammed on August 28, this year, on the Budumburam Aprah Road in the Central Region.

One Kay has, however, been discharged by the court.

Prosecuting, Assistant Superintendent of Police (ASP) Sylvester Asare, prayed the court to remand the three accused persons into the Bureau of National Investigations (BNI) cells so they could assist in further investigations.

According to ASP Asare, Acheampong was arrested only two days ago and would want him to assist in investigations.

The court, presided over by Ms Rosemond D. Agyiri, remanded them into lawful custody to reappear on October 28.

The three suspects are alleged to be using an unregistered Toyota Camry and driving recklessly, who shot the two unarmed policemen after refusing to stop when the policemen ordered them to on the Budumburam-Apah road whiles on duty checks.