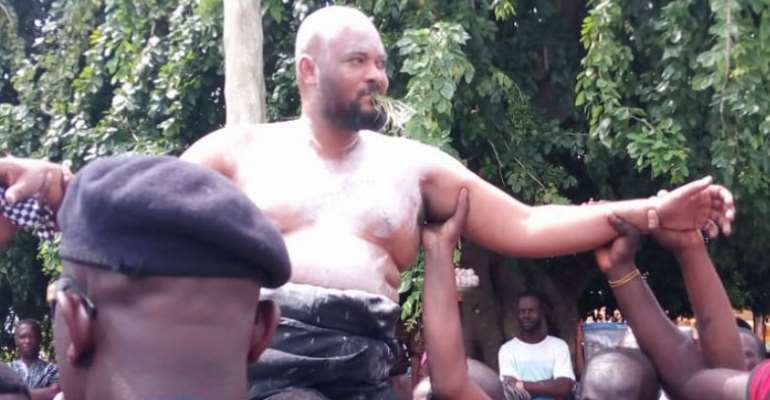 The Deputy Director-General of the National Disaster Management Organisation (NADMO), Abu Ramadan, has been made the Development chief (Nkosuohene) of the Anum-Asamankese Traditional Area in the Eastern Region.

He has announced to build a new palace and support Education and General Infrastructure in the area.

The colorful ceremony was graced by his friends and family members.

Mr. Ramadan resigned as Youth Organizer of the People’s National Convention (PNC) to join the New Patriotic Party (NPP) in December 2016, prior to the general elections.