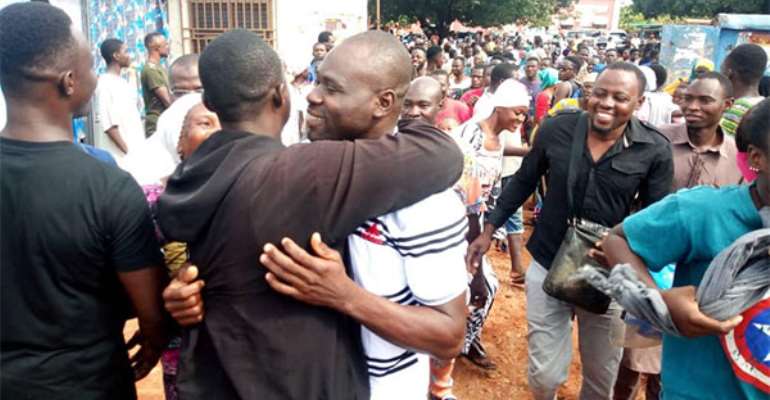 Based on the advice of the Attorney General’s Department, the Tamale Magistrate Court has discharged three out of the six accused persons in the case of the murdered police woman, Sergeant Agatha Nana Nabin.

The court was presided over by judge, Amadu Seidu.

According to the state prosecutor , Inspector Victor Kwafo, the three accused persons Mahama Nashiru, Samuel Atutiga, and Hanan Alhassan alias Gurundoo, were discharged on grounds that prosecutors could not provide enough evidence against them.

The three other accused persons namely Anas Issahaku, Zulika Abduallah, Issahaku Yakubu alias Kanbon-Naa, have however been remanded into prison custody to reappear on 24th October, 2019.

Lawyer Abdul Rauf, who represented Issahaku Yakubu, argued that regardless of his clients being in possession of a locally manufactured gun, the weapon is known to be used in festivities which is culturally allowed and cannot be charged for it.

He therefore accused the prosecutors for deliberately trying to delay the case with the fresh charges and pleaded with the court to discharge his client.

Sylvester Isang, Counsel for both Anas Issahaku and Zulika Abdallah, pleaded with the court to grant his clients bail arguing that they would not runaway with a charge of possession of a single barrel gun.