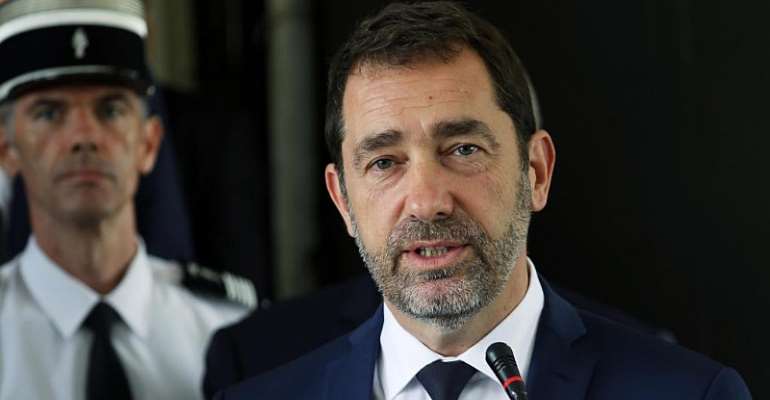 Christophe Castaner has condemned people mocking him on social media after he published a ist of what he says are signs showing that a Muslim has been radicalised.

France's interior minister, Christophe Castaner, has become the butt of so many online jokes that the hashtag #BalanceTonMusluman, which translates as 'report your Muslim', is trending highest on Twitter in France today.

On Monday, in front of a parliamentary law committee, Castaner listed signs that show a Muslim has been radicalized. His suggestions came four days after the murder of four police officers by their colleague. That colleague is suspected of being a convert to radical Islam.

First on Castaner's list is wearing a beard. He also listed Muslims who observe Ramadan in an “ostentatious manner”, and pointed to women who wear full veils. This provoked an online backlash.

Report a Muslim
As soon as Castaner finished addressing the parliamentary committee, M'jid El Guerrab, an MP for North and West African people in France pointed out, “That in itself could be problematic given that fact that you yourself wear a beard. If you were a Muslim, I hope you wouldn't be considered....well end up being reported.”

The exchange was broadcast live on television, and within minutes clips were being shared on social media accompanied by two hashtags, #SignaleTonMusluman and #BalanceTonMusluman, which both translate as "report a Muslim".

Twitter in France is awash with memes of all kinds of people sporting beards, including Saudi Arabia's crown prince - Mohammed bin Salam pictured standing next to president Macron. And another popular bearded meme is of Father Christmas, known for his long beard and not having a single woman in his team of helpers.

There are also a swathe of more serious comments, including one that refers to article 10 of the French constitution that prohibits discrimination based on someone's religious opinion.

Signs of ridiculization
Castaner is not laughing, but he has definitely taken note. He delivered a scathing speech in the National Assembly on Thursday condemning people who have been mocking him online.

“I have noticed that since I listed the signs some people have joked about them. I find this despicable."

There is little sympathy for Castaner whose time as interior minister has been shrouded by several scandals. Calls for his resignation following the killing of four police officers last week have fallen on deaf ears.

Castaner looks set to continue in his role for the time being, but his credibility is ebbing away making him an easy target for the French press satirical French daily. Its headline on Thursday was 'Castaner presents signs of ridiculization'.