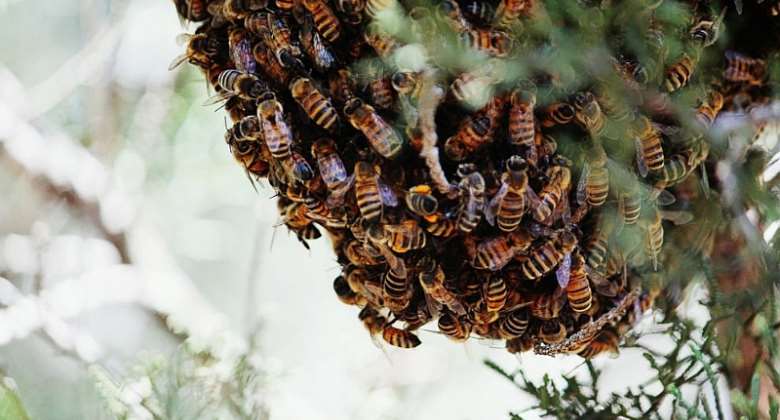 Two people are in the custody of the Bimbilla police for allegedly causing a swarm of bees to disrupt the Ghana Card registration process at Chamba in the Nanumba North Municipality of the Northern Region Wednesday afternoon.

The District Police Commander, ASP Evans Vorvor explained that two men in the queue were upset with the National Identification Authority officials because they were not allowed to jump the queue.

“In the process, [one of the suspects] said if they joke, he will cause a commotion and before he left, he promised them that they will not sit there till the end of the day. Not long after he left, the bees [from a nearby baobab tree] came.

“Until you disturb them [the bees], they wouldn't disturb you. We suspect he went and used a catapult and hit them. So because he passed that comment, he was the prime suspect.”

A complaint was made at the police centre at Chamba which led to the arrest of the two who are currently in custody in Bimbilla.

The commander has however said they will be granted bail later today because there is no concrete evidence that they caused the bees to attack the place.

An assemblyman for the area, Timothy David, later told Citi News that he is making arrangements to relocate the to registration centre to a more comfortable place.

He said he suspected the two guys to have catapulted the bees because the bees have been there for a very long time without disturbance.