France to increase contribution to fight TB, AIDS, Malaria by 15% 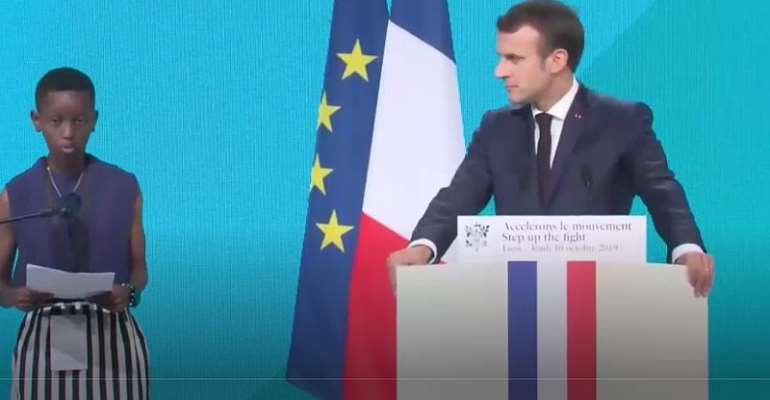 France's Emmanuel Macron has pledged a 15 percent increase of its contribution to the Global Fund along with an additional 15 percent of its total donation over the next three to five years.

He also called on other states and private sector actors to live up to their 15 percent contribution while  stressing the need or the funds  to fight HIV/AIDS, TB and Malaria.

The Global Fund was seeking contributions of a minimum of 14 billion USD. Today  the amount and receipt of those donations will be confirmed with the  final amount announced at 11:00 am GMT.

With France hosting this Global Fund Sixth Replenishment Investment Case in Lyon, President Macron kicked off the morning of donation pledges by asking 18 year-old Amanda from Burundi to tell her story to the heads of state and CEOs.

Before a packed room, Amanda described how she only found out that she was HIV positive at the age of 11. Three years ago she became more involved to help provide support to others like her.

“Because of our HIV status, we suffer from all forms of stigma and discrimination. Other people are afraid of us, we're not allowed to do ceratin jobs, training sessions or getting certain schoalrships,” described a determined Amanda.

“We're not just numbers or statistics. We exist. We are here. Who better than us here to tell you what decisions should be about us, because these decisions concern us,” she said

Argument made
After her presentation, Macron spoke again, and argued that these diseases can be eradicated by 2030 as per the United Nations Sustainable Development Goals.

“17 years ago we had done the unkthinkable, but today the situation is critical and we have reached a breaking point,” he said.

In an effort to encourage countries and other potential private sector contributors to donate, he pointed out that TB,  once a disease thought to be from the past, has in fact returned in a multi-drug resistance form to Europe, Asia-Pacific, and Africa.

For its part, the incidence of malaria in Africa is rising again.

He added that complacency is simply allowing the world to “return to the status quo” even faster than before.

Donations request
Ahead of the conference, France had asked that each country commit to a 15 percent increase from its last contribution.

President Macron announced that France would agree to this 15 percent plus an additional 15 percent of its overall contribution.

He then added: “I will not anyone leave this room until we reach 14 billion dollars!”

Macron lauded contributions already announced by other countries such as Canada, UK, Norway, Germany, while Bono, the lead singer of the Irish band U2  singled out certain countries for making more of an effort.