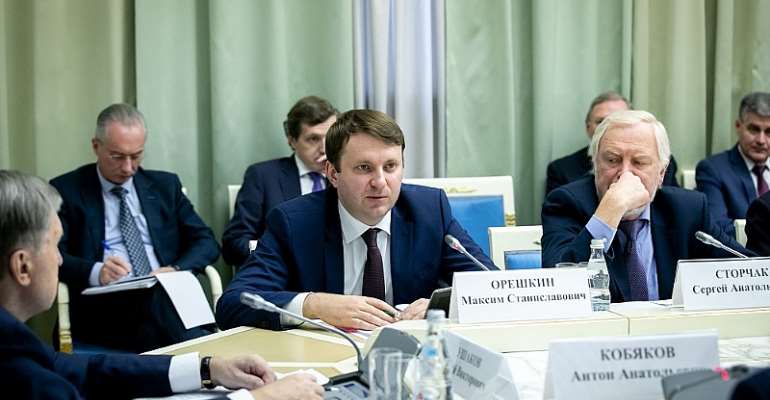 The Organizing Committee in charge of preparing for and holding the Russia– Africa Economic Forum and Summit in the Russian Federation in 2019 has held a meeting in Moscow. The meeting was chaired by Russian Presidential Aide Yury Ushakov and attended by Advisor to the Russian President Anton Kobyakov, Roscongress Foundation CEO Alexander Stuglev, Russian Deputy Minister of Finance Sergey Storchak, and Special Representative of the Russian President for the Middle East and Africa and Russian Deputy Minister of Foreign Affairs Mikhail Bogdanov. The meeting was also attended by representatives of ministries and departments that are involved in preparing for the events.

The meeting participants discussed organizational issues concerning preparations for business and protocol events as well as their specific details. Ushakov reiterated just how monumental and important the upcoming events in the Russia–Africa format are. “The organization of the Forum is a serious first step towards our economic and political return to Africa. To date, 50 African heads of state have already confirmed they will be attending the Forum, which is a great success”, he said.

“Preparations for the most important events in the history of Russian-African relations have reached the finish line. A quarter of the world’s heads of state will come to Russia to discuss initiatives and strengthen Russian-African relations. I am certain that the participants in the Russia–Africa Economic Forum and the Summit will demonstrate a readiness to cooperate and develop joint projects in the Eurasian and African spaces, as evidenced not only by their active cooperation during the preparatory stage, but also by the number of them who have confirmed”, said Kobyakov, who serves as the Executive Secretary of the Organizing Committee.

“It is essential that Russia–Africa Summit and Forum produce an economic effect, among other things. We have carried out a lot of work to provide the African side with information. We have prepared a large package of Russian expertise and products in 12 areas. Presentations will be given for heads of state and delegates by the leaders of such companies as Rosatom, Russian Railways, Rosgeo, VTB, and others. They will present the opportunities that can be offered to African countries and so having such a large number of leaders take part in the events is a unique opportunity us to realize economic potential”, Russian Minister of Economic Development Maxim Oreshkin said.

The main event of the Russia–Africa Forum will be the plenary session ‘Russia– Africa: Uncovering the Potential for Cooperation’ during which the presidents of Russia and Egypt are expected to speak. A final declaration of the Summit titled ‘For Peace, Security, and Development’ has been drafted and includes items on the global and regional agendas that are important to Russia as well as proposals on ways to develop the full scope of Russian–African relations. “At least 23 intergovernmental and interagency agreements and other agreements between African and Russian companies are expected to be signed on the sidelines of the Forum. The Forum will be held under the slogan ‘For Peace, Security, and Development’, which can serve as the foundation of the Summit’s final declaration and was drawn up in cooperation with the participating countries”, Bogdanov said.

The Roscongress Foundation is the organizer of the events, and the Russian Export Center and Afreximbank are the co-organizers.

A detailed version of the Russia–Africa Economic Forum programme is available here.

The Roscongress Foundation is a socially oriented non-financial development institution and a major organizer of international conventions, exhibitions, and public events.

The Roscongress Foundation was founded in 2007 with the aim of facilitating the development of Russia’s economic potential, promoting its national interests, and strengthening the country’s image.

One of the roles of the Foundation is to comprehensively evaluate, analyse, and cover issues on the Russian and global economic agendas. It also offers administrative services, provides promotional support for business projects and attracting investment, and helps foster social entrepreneurship and charitable initiatives.

Each year, the Foundation’s events draw participants from 206 countries and territories, with more than 15,000 media representatives working on-site at Roscongress’ various venues. The Foundation benefits from analytical and professional expertise provided by 2,500 people working in Russia and abroad. In addition, it works in close cooperation with economic partners from 94 countries worldwide. www.roscongress.org