Only Those Who Know How To Lie Are Able To Survive 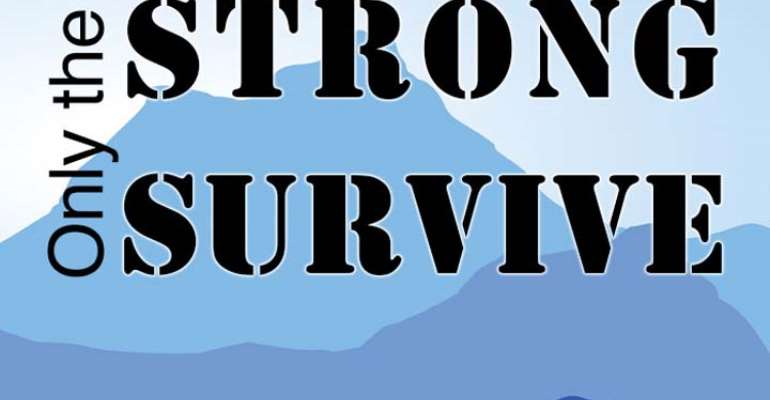 Everyone tells lies but there are those who lie without ceasing in a world that the truth is no longer significant or important and the astonishing fact is that most liars are mentally healthy people who think differently or lie under the influence of circumstances.

Why telling lies is now part of everything people do, including politics and medicine? All over the world, including The United States of America, politicians keep on lying to the extent that there is no more space to accommodate the lies.

The medical and edible world is so corrupt that pharmaceutical companies produce dangerous medicines and vaccines, causing heart failures, cancers and other serious ailments, all because of money, yet they keep assuring the public that they are safe to use.

Everyone needs food and something to drink because the body needs them to survive, yet people are eating and drinking contaminated foods and drinks without their knowledge.

Even the Centers for Disease Control and the almighty World Health Organization have lied and keep on lying about certain diseases which were laboratory created and used as biological weapons on human beings, while mad scientists support their lies shifting the blame on monkeys and bats.

The World Health Organization and the Centers for Disease Control are so stupid and naïve to forget that before Western medicine came into existence, Africans live on herbal medication and for ages, they live with monkeys and bats without Aids, Nodding disease, Burkitt's lymphoma, Kaposi's sarcoma, and Ebola.

If the truth shall really set us free as Jesus said, why lies have defeated the truth in a society whereby the truth will make you an enemy, will let you lose your job and all your friends?

Perhaps the lie is definitely more useful in life than the truth because there is no doubt that those who know how to lie have much larger cognitive abilities than those who speak the truth.

Lies and deceptions belong to the logic of the living, supported by strong healthy-minded people who often warn their children not to lie. The lie is now part of socialization and that alone can make you richer than pursuing the truth.

The one who speaks the truth, in fact, is exempt from entering the mind of the other, while those who lie cannot exempt themselves from this work of intimate penetration on which every social relationship is based.

Moreover, those who lie must know the expectations of the listener in order to anticipate what the other would like to hear or at least what they are already willing to believe. All this requires a representation of the mind of the other as well as a plan to manipulate it.

The leaders preach virtue and practice vice. The information they disseminate is not intended to instruct others, but to instruct themselves about the intentions of others to be able, at the right time, to take away from them every autonomy and freedom of movement.

Opinion polls are not intended to probe people's opinions and then meet their demands, but they have the purpose of probing the effectiveness of the persuasions that we have managed to spread with the media.

It really bothers me a lot to see both African and European children have been fed with false medical information about the origin of certain man-made diseases such as Aids, Ebola, Burkitt’s lymphoma, Kaposi's sarcoma, Nodding disease, etc.

If it happens or fortunate enough to get scientific documents like me, to read and discover how these diseases came into this world, you will never have respect for any world leader, especially the American and British leaders. They are all a bunch of hardened criminals that continue to enjoy impunity because they can.

Sometimes, I wonder why there is International Criminal Court and also confused why African leaders allow being picked to face trial at the ICC when they have let go white-collar criminals.

If truly the God Africans worship exists, these criminals will never escape His wrath on the surface of this earth, no matter how long it takes.