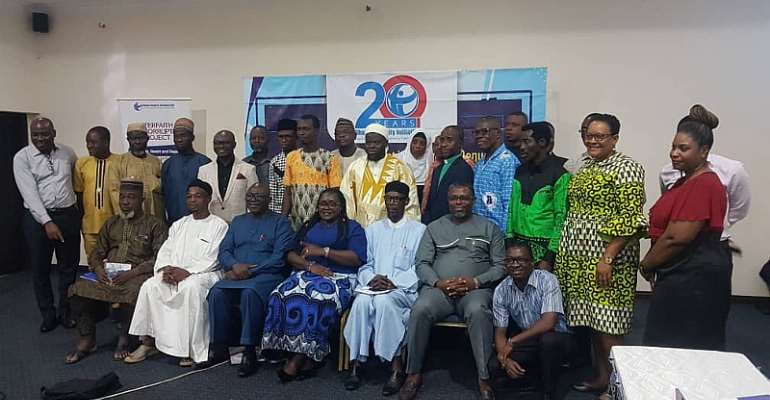 Ghana Integrity Initiative (GII) launched an Anti-corruption Training Manual for religious leaders with the theme: "improving the role of faith-based and civil society organisations in the fight against corruption".

The project which is tittle "speak up, resist and report corruption" is targeting FBOs because of the monumental role the various Faith-Based Organisations (FBOs) and Religious organizations (ROs) play in shaping values and integrity in Ghana.

As part of the project, GII has developed the Manuel to share knowledge, build the capacity of key partners and to empower citizens to speak up, resist and report corruption.

The main purpose of the manual, which targets religious leaders and faith-based organizations, in particular, is to: enlist the support of FBOs as well as civil society organisations (CSOs) and the media in raising awareness, and build capacity of FBOs and CSOs to report and address corruption, as required under Ghana's National Anti-Corruption Action Plan (NACAP 2015-2014).

According to the executive director, GII, Linda Ofori Kwafo, the manual is aimed to serve as a guide and a reference document on corruption for Anti-Corruption Ambassador and leaders of FBOs/ ROs.

Adding that, the Manual would increase awareness and understanding of the impact of corruption for Anti-Corruption ambassadors (leaders of FBOs/ROs).

She stressed that the manual would also empower Christians, Muslims, civil society organisations (CSOs), the general public including the media with information on the negative effects of corruption to enable them to hold duty bearers and public office holders accountable.

"I have no doubt that the Manuel would assist in raising the awareness of FBOs, civil society and the media about corruption and enhance their capacity to report and address the canker", she said.

The secretary to the national chief Imam, Sheilkh Aremeyaw Shiabu, who launched the manual stated that fighting corruption is not a one man business rather the responsibility of all.

He, therefore, called on the government, religious bodies, civil society organisations, and the general public to join hands together to fight this canker (corruption).