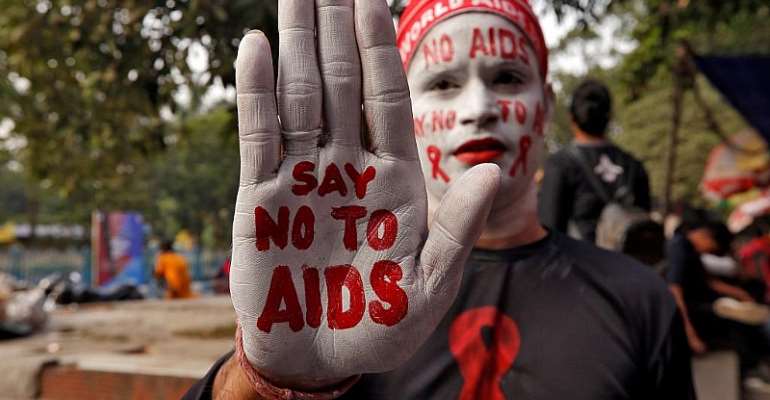 New cases of HIV dropped by 7 percent in 2018 compared to the previous year according to the health ministry.

Over two thirds of people infected are men, according to figures released by the ministry of health on Wednesday ahead of an international summit on HIV, tuberculosis and malaria.

The highest concentration of HIV infection are in the Paris region and on the French overseas departments of Guyana, Guadeloupe and Martinique.

Fifty six percent of people discovered to be living with HIV in 2018 HIV were born abroad, two thirds of whom come from sub-Saharan Africa.

More of half of those affected are heterosexual, 40 percent of infections were contracted during sex between two men. Only two percent of HIV sufferers contracted the disease through the injection of drugs.

Antiretroviral treatment
Between 2013 and 2018, the number of new diagnosis decreased "significantly" - 19 percent among people born in France, according to the Health Ministry. This includes men who have sex with men – 16 percent, and men and women who are heterosexually infected 22 percent.

This decline can be explained mainly by the effectiveness of antiretroviral treatment, which prevents transmission of the virus by HIV-positive people, as well as by the impact of PrEP, a preventive treatment for HIV-negative people that avoids risk of HIV infection.

"The deployment of PrEP will continue, and work is underway to allow GPs to initiate such a prophylaxis," Ministry of Health said in a statement on Wednesday.

PrEP is mainly used by homosexual men, and is one of the factors attributed to the 16 percent decrease in new diagnoses of HIV in Paris between 2015 and 2018.

By contrast, there is no decline in the figures for people born abroad, for whom the number of HIV-positive diagnoses remained stable between 2013 and 2018. And for homosexual men born abroad, this number increased by 38 percent over the same period.

The results were announced as France hosts a meeting of the Global Fund to against AIDS on Wednesday and Thursday in Lyon, which will try to raise $ 14 billion to finance its activities.