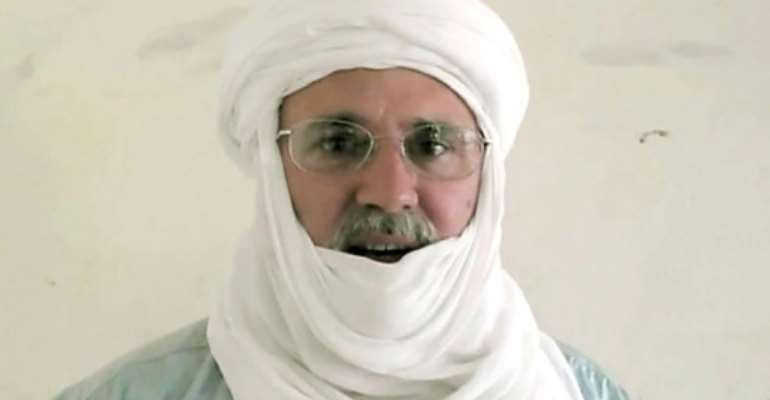 US aid worker Jeffery Woodke was kidnapped in October 2016. By STR (AFP)

Niger's President Mahamadou Issoufou has said a US aid worker kidnapped in 2016 is alive and in good health and the government is still working for his release.

Jeffery Woodke was seized at gunpoint on October 14, 2016 from his home in Abalak in the Tahoua region of Niger, about 350 kilometres (220 miles) from capital Niamey.

His kidnappers have still not been identified, but Niamey suspects the al-Qaeda-allied Movement for Oneness and Jihad in West Africa (MUJAO) took him and is holding him in Mali.

"From the information we have, he is alive and he is good health," Issoufou told American ABC News channel in an interview conducted in September during the UN General Assembly in New York and broadcast on Wednesday.

"We will continue in any case to do everything to bring about the conditions for his release."

According to local officials, two armed men in turbans stormed in and grabbed Woodke, killing his bodyguard and a member of the national guard.

The aid worker -- who speaks the local language Tamasheq fluently as well as Fula and Arabic -- had run the aid group JEMET since 1992, helping the local Tuareg community.

Jihadists, including those of the Islamic State, have a presence in southwestern Niger near the border with Mali -- where they have carried out bombings, shootings and kidnappings.

In 2017, four US soldiers and at least four Nigerien troops were killed in the area in an ambush believed to have been carried out by a regional affiliate of the Islamic State.