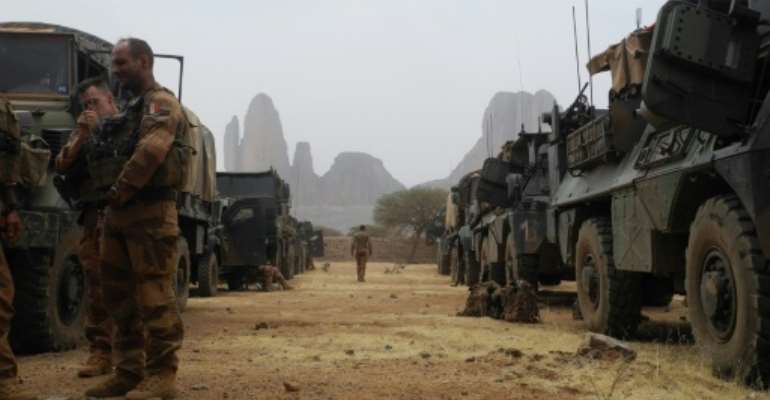 French soldiers are operating in Mali since forcing jihadists out of the north in 2013. By DaphnÃ© BENOIT (AFP)

Mali's main Islamist militant alliance has claimed responsibility for attacks two weeks ago on army bases that killed at least 40 troops in of one of the deadliest strikes on the country's armed forces, Mauritania's Al-Akhbar news agency reported Wednesday.

The Al-Qaeda-allied Group to Support Islam and Muslims (GSIM) said it carried out the attacks in Boulkessy and Mondoro in central Mali near the Burkina Faso border, according to the agency, which regularly receives jihadist statements.

Mali's government said the attacks on September 30 and October 1 killed 40 troops but officials have so far not confirmed details of other soldiers reported missing.

In its statement on Al-Akhbar and reported by SITE jihadist monitoring service, GSIM claimed it had captured two officers, including a colonel, and killed at least 85 troops, though it offered no evidence.

Militants in heavily-armed vehicles raided the two military camps before they were driven back with the help of Malian special forces and foreign allies, including French warplanes and helicopters.

The attacks were a major blow to Mali's army, which is struggling in the face of a jihadist revolt that has spread from the north to its centre, an ethnically mixed and volatile region. 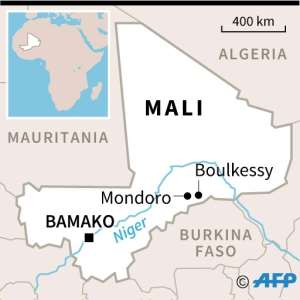 Location of fighting between Malian forces and jihadists who attacked military posts. By (AFP)

The operation is also a humiliation for the so-called G5 Sahel -- a joint 5,000-man anti-terror force drawn from five of Mali's neighbouring states -- and for France, which is committed to the fragile region.

GSIM said the weapons would be used in the fight to "liberate Mali and the region of the cross", an apparent reference to the French troops operating in the country.

Jihadists lost control of northern Mali after the French military intervention, but regrouped to carry out hit-and-run raids and roadmine attacks.

They have also moved on to the country's central region, where they have inflamed long-standing resentments between ethnic groups.