Absolute Power Corrupt Absolutely: Legon Where Is Your Integrity 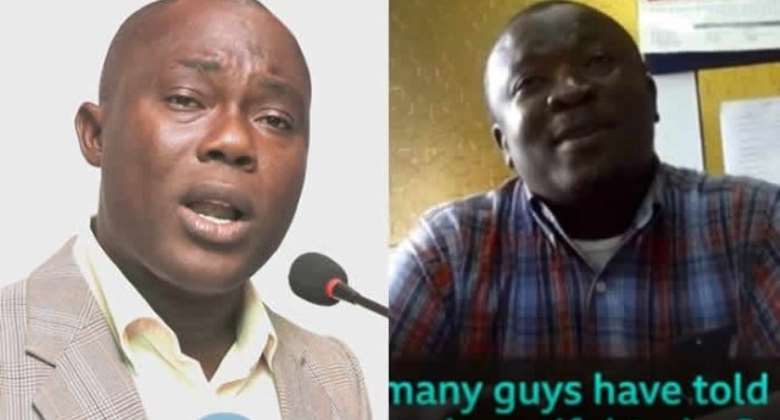 As a revolutionary and a member of the University of Ghana community, I feel compelled to synthesize an intellectual response to this 'sex for grade' scandal and suggest a way forward.

I blame unchecked power, unnecessary power concentrated in the hands of professionals and bureaucrats whose very foundation is built in capitalism; profiting at every venture, by any form; cash, goat, sex and on. The principles of capitalism are individualism and exploitation: the drive to be selfish and the act of using others as a means to an end, are the meaning of these principles respectively in this context.

Why the lecture on these principles? If you have pastors and respectable men who serve as icons in public space engaging in acts that undermine their moral authority and corrupting youths with such deeds,then the future of the nation becomes the victim as usury and individualism will drive us to sell ourselves into slavery and many will continue to suffer for the luxury of the few powerful elites.

In the video footage Dr. Paul Kwame Butakor; lecturer at the college of education is seen openly requesting to be the side boyfriend of a supposed female student and manipulating the lady to accept his offer. Where is your integrity if you meet students twice and thrice in less than a month and you can confidently deal with students in such a manner. It is just an attempt to hookup with students to satisfy his sexual pleasure. It is usury and selfish to take advantage of students without looking at the social implications and the conflict of interest that may rest in such unprofessional relations. The same argument can be raised against professor Gyampo, as a divorced man, you are not justified in any way to fill your sexual urge with vulnerable girls. In the video he is supposed to be a supposed student's mentor, and in less than three weeks he is proposing marriage, yet he demands the lady breach formalities, accuse her of strong interests in penis based on her background, tells her he wants to kiss her by force, ask for a hug, buys her high heels . Gyampo appears very smart by starting from a marriage approach but the consistent informalities in his choice of words in the video makes his intention obvious. The devasting blow is the testifying victim of Gyampo's sexual sortition, supposed victim if I should rightly put it for the sake of formality; a lady testify Gyampo abused her while she was a student, not once but twice.

The real question is; why can a lecturer do such a thing? The right answer is their power to do so. Just like the vice-chancellor of Knust Mr. Obiri Danso and that of Winneba Prof. Mawutor Avoke, some of these bureaucrats are so powerful in their position of duty, they control lives and destinies and the little attention we give them is exploited. The delicate nature of their duty gives them the space to place their wants and preference ahead of the universities standards and goals. These elites without checks, as their influence and power grows, become arrogant and indiscipline. familiarity and strong relationship with powerful individuals in the institution makes it even more difficult for them to be checked. How can 'Legon' vice-chancellor deal diligently with 'professional' Gyampo, when it is the same man who will stand up and wage rebuttals against anybody who undermines the school's efforts he is thus, interwoven in a system that cannot check him. The persons who can check him are too close to frankly let their colleague learn the hard truth.

This particular exposé must be handled in a very professional manner. If Dr. Butakor and professor Gyampo want to come out clean they must publicly admit of being unprofessional in their choice of words, they must take a step further by resignations to give way for further investigation into these accusations and sue the accusing body.

The university must act.

The university board must take a strong stand, beyond that, they must work with these lecturers for their resignation and organize investigation into these matters. Aside from these, a critical look into grading system and uploading of grades. Victims of such sexual abuse cases cannot go to the same lecturer for remarking. A department body can be structured for remarking complaints. Perhaps we should take a second look at fees for remarking. If students have genuine concerns, do they have to pay for the right thing to be done.

Students representative council is quite silent about this issue and we wonder if Isaac Agyeman is alive at all. Students must boycott these lecturers' class and must be organized to come out and show the world we do not give consent to these acts.

These incidences of abuse of power and manipulation of students grades through dubious method is seen also in the school of law and I believe until we stand for integrity men in authority will continue to oppress the mass of students who have the drive to serve mother Ghana. For the sake of our dear mother Ghana, LEGON, let us rise from shame, our poor response to these accusations indicate our overt consent to the status quo and our integrity will be lost to coverups and inactions.Integri Procedamus