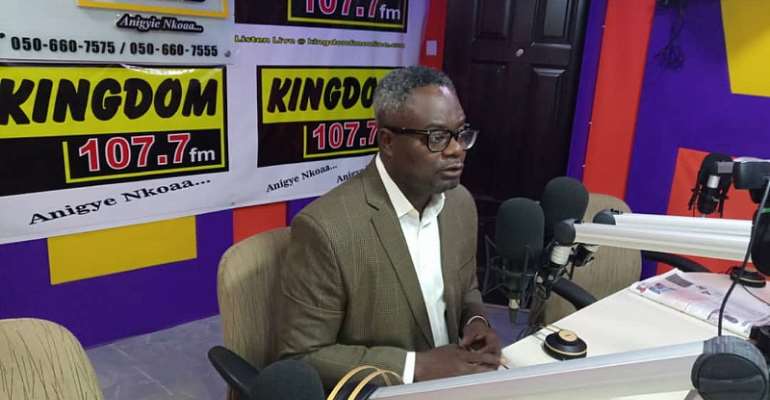 The Founder and Leader of the Liberal Party of Ghana (LPG), Mr. Percival Kofi Akpaloo, has said the University Of Ghana should sue broadcasting giant BBC if the institution believes the undercover investigation conducted by the BBC was wrong.

However, Mr. Akpaloo sees nothing wrong with the work of the BBC and has praised them for exposing the rot at the various Tertiary institutions at the West African sub-region.

” I see nothing wrong with the investigations BBC did, if the University Of Ghana thinks the investigations by BBC was wrong they can take legal action against them and seek for justice as well,” Kofi Akpaloo exclusively told Lawyer Ohene Djan on Pae Mu Ka on Accra based Kingdom FM 107.7.

Background
Academic institutions in West Africa have increasingly been facing allegations of sexual harassment by lecturers. This type of abuse is said to be endemic, but it’s almost never proven.

In the video, a lecturer at the College Of Education, Dr. Paul Kwame Butakor, was seen to be having an allegedly inappropriate conversation with a reporter who posed as a Postgraduate student.

A political science lecturer at the University of Ghana, Professor Ransford Edward Gyampo has been caught up in the “sex for grades” investigations carried out by BBC Africa Eye.

Ransford Gyampo has stated that he will initiate legal action against the BBC over its “Sex for grades” documentary.

Trade Minister’s promise to open Komenda Sugar factory ‘a me...
14 minutes ago