Sochi: The Road Ahead For Africa 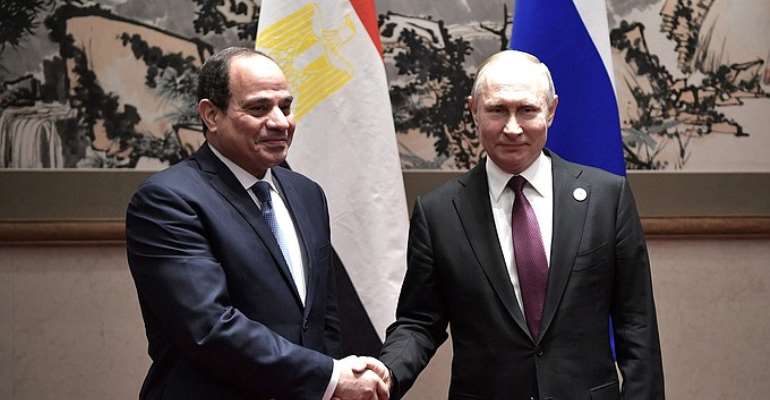 Russian Foreign Minister, Sergey Lavrov, has said that Russia would sign bilateral agreements with a number of African countries and issue a joint declaration that would lay down a comprehensive strategic roadmap for future Russia-African relations.

He further reiterated that all these would take place within the framework of the two-day summit under the co-chairmanship of the Presidents of Russia and Egypt, since this year Egypt is heading the African Union.

Over 40 heads of state and government, heads of eight regional and subregional organisations in Africa and the president of the African Export-Import Bank (Afreximbank) have confirmed their participation in the Africa-Russia Summit in Sochi.

“The summit will be preceded by an economic summit, where the heads of state and government, along with corporate leaders from Russia and Africa, will hold discussions. I think this is a very important event, indeed, which will draw a line under our current stage of partnership and outline ways to deepen it across all areas,” Lavrov said, posted to the official website.

At a separate meeting organised by the Ministry’s Collegium on the preparations for the Russia-Africa summit, it was acknowledged that the decision to hold the summit shows that Russian-African relations have advanced to a fundamentally new level and a wider dimension.

Those attending the meeting held detailed discussions on the need to coordinate the efforts of ministries and agencies to choose the topics for discussion at the summit, as well as its organisational support, official ceremonies, and logistics.

The Collegium members noted that the interaction between Russia and African countries was based on solid historical traditions of friendship and solidarity with the struggle of the continent’s nations for decolonisation, freedom and independence, as well as support to the creation of national economies.

It was further pointed out that over the past few years considerable progress was achieved in strengthening practical cooperation with the majority of African countries in trade, the economy, investment, military technology, culture, and humanitarian efforts, as well as student exchanges.

Of great importance is the development of cooperation with African countries and organisations within the framework of the United Nations and other multilateral institutions intended to assist the settlement of crises and conflicts on the continent.

The meeting participants were informed about the coordination of the final documents of the Russia-African Summit and about the planned bilateral side events, including the signing of documents on mutually beneficial projects. The results of discussions were formulated in a resolution adopted by the collegium.

Eurasia Review research shows that President Vladimir Putin earlier noted at the VTB Capital’s Russia Calling Forum, an investment held annually by the bank in Moscow, that many countries had been “stepping up their activities on the African continent” but added that “Russia could not cooperate with Africa as it was in the Soviet period, for political reasons.”

In his opinion, cooperation with African countries could be developed on a bilateral basis as well as on a multilateral basis, through the framework of BRICS, for instance. Russian President Putin initiated the Russia-Africa Summit last year during the BRICS summit in Johannesburg, South Africa. *Report by Kester Kenn Klomegah.