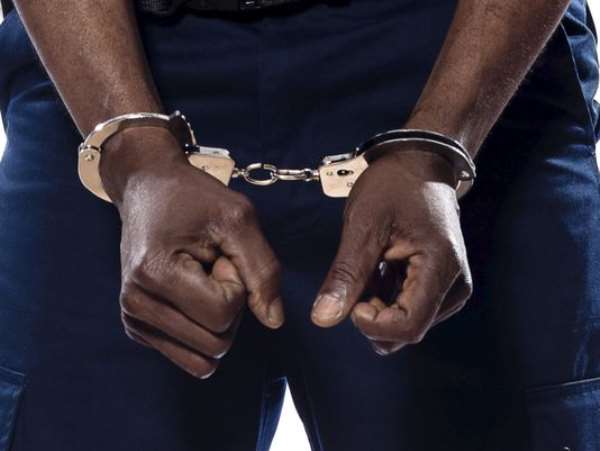 The Cybercrime Unit of the Criminal Investigations Department (CID) of the Ghana Police Service has nabbed the suspect who allegedly posted nude pictures of five women on the Internet.

The suspect (name withheld by police) was arrested at Burma Camp where he resides. He was alleged to have posted pictures of all the five women on three different websites.

In an interview, the Director in charge of the Cybercrime Unit of the CID, Assistant Commissioner of Police (ACP) Dr. Gustav Herbert Yankson, said the victims involved included three minors, aged 12, 13 and 16 years old, and two adults belonging to the same family. They all reside at Burma Camp, closer to where the suspect lives.

He said on September 5, 2019, the police received formal complaints from the victims that someone had secretly taken their nude pictures while they were having their bath, and posted them on three Internet websites.

The police, upon receiving the information, visited the three websites and discovered the pictures. Upon interrogation, the victims said they had no knowledge of the pictures and did not know who did that.

“Our investigations, therefore, led to the arrest of the suspect who also lives close to where the victims live. Some of the pictures, according to the director in charge of the Cybercrime Unit, were again found on the mobile phone of the suspect.

“Upon interrogation, the suspect confessed to the police that he secretly took the pictures of the victims while they were having their bath,” he narrated.

He said he decided to post the pictures on the Internet to punish them for always disturbing him when he wanted to take a nap.

The suspect has provisionally been charged for child pornography and publication of obscene materials. He will be put before court soon.

Dr. Yankson has, therefore, charged the youth to desist from posting nude pictures of people on the Internet since that was a crime.

Meanwhile, DAILY GUIDE also gathered that some friends and families of the victims, upon hearing the news that it was the suspect who posted the pictures on the Internet, brutally assaulted him.

The information indicated that some of the sympathizers of the five women stoked the penis of the suspect, who was on admission at a health facility in Accra at the time of filing this report.