NPP Will Be More United For Victory 2020 — Hajia Abibata Shanni 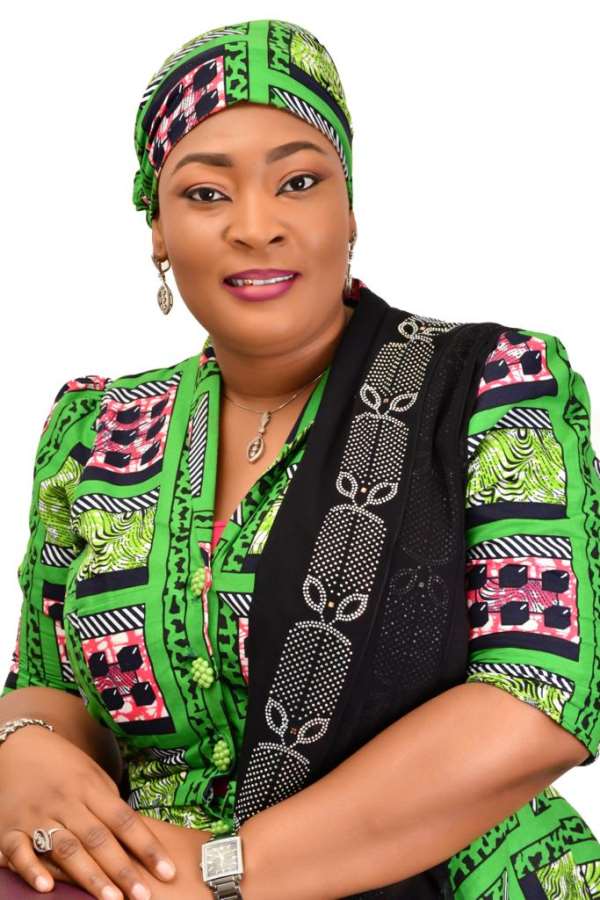 The Deputy Chief Executive Officer (DCEO) of MASLOC, Hajia Abibata Shanni Mahama Zakariah is confident the NPP will stand more purposeful and united for another massive victory in the 2020 election with the ongoing regional women's wing conferences and the outstanding performance of the ruling Government.

The nationwide NPP women's conference which is an initiative of the office of the National Women's Organizer, Kate Gyamfua, is meant to unite, mobilize and empower the women of the party to consolidate the gains in the next general elections.

It is under the theme: "Empowering Women for Election 2020 and Beyond".

Hajia Abibata Shanni who is once again enlisted among other strong, vibrant and experienced women leaders within the ruling NPP to address both the Savannah Regional and the Bono Regional Women's Conferences, said the effort at mobilizing grassroot women across Ghana is nothing but victory enhancer for the NPP.

Being organised by the respective Regional Women’s Wings under the supervision of the NPP Regional and National Secretariats, the Savannah and Bono Regional Conferences are scheduled to take place at the Damongo SHS Assembly Hall and the Sunyani Technical University respectively on the 12th and 19th October, 2019.

Hajia Abibata Shanni Mahama Zakariah also an Aspiring 2020 Parliamentary Candidate for Yendi Constituency was one of the top speakers at the Northern Region version of the ongoing nationwide NPP Women's Conference held in Tamale recently.

Speaking to a section of the media in Accra, the Deputy CEO of MASLOC commended the National Executives of the NPP, especially the Women's Wing for realizing the need to unite and empower the party women at the grassroots.

She optimistically observed that with little resources at their disposal the women will take a front role in explaining the policies, programmes and vision of the NPP to the Ghanaian electorate.

The international and national conference speaker on entrepreneurial, finance, education, women and youth empowerment, gender, political and policy development among others inspired the party youth and the women in particular to remain loyal but firm and resolute in their service to the NPP.

In her recent speech at the Northern Region Conference of the NPP, Hajia Abibata Shanni in no uncertain terms condemned certain abusive, suppressive and divisive comments against women by some desperate political elements in the region.

She admonished influential women in NPP and Ghana as a whole to pursue their dreams without giving attention to such ill comments and intimidations.

Her comment follows a recent attack on women by a fellow contestant in the Yendi Parliamentary race, Alhaji Farouk Aliu Mahama in a live radio interview. The son of the late Vice President Alhaji Aliu Mahama openly said "women, traditionally and spiritually are to be relegated to the back" in terms of leadership contest and decision making.

But Hajia Abibata believes leadership positions and service to mother Ghana are not the preserve of men, and thus inspired the women to rise above such reproaches.

At the Tamale Conference, the Yendi Parliamentary Aspirant donated a cash amount of GhC 10,000 to resource the Party ahead of 2020.