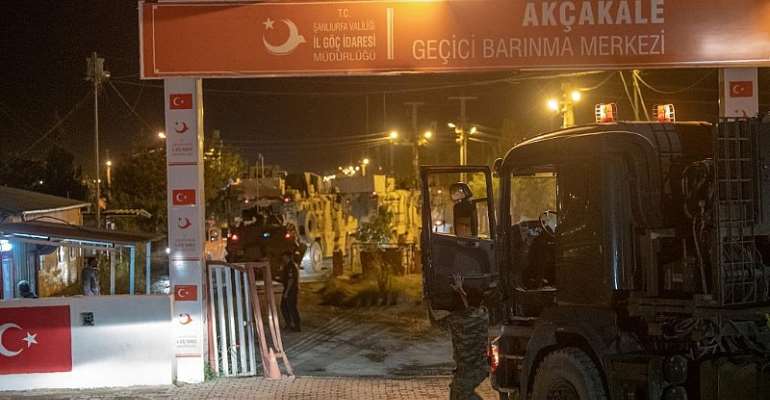 Militants of the Islamic State armed group have carried out an attack against a post of the Syrian Democratic forces in the city of Raqqa in northern Syria. The attack comes as Turkey is expected to launch an offensive against the Kurdish fighters in north-eastern Syria, following the withdrawal of US troops.

The US-backed Kurdish-lead SDF said the Islamic State fighters launched three suicide attacks against its positions in Raqqa, which was once the group's de facto capital.

Turkey has been poised to advance into northeast Syria since US troops began leaving the area in an abrupt policy shift by US President Donald Trump.

The move has been widely criticised, in the US and abroad, notably by France. The withdrawal will leave Kurdish-led forces, long backed by the US, vulnerable to attack by the Turkish army.

On Tuesday, Turkey warned of an imminent operation.

"The Turkish military, together with the Free Syrian Army, will cross the Turkish-Syrian border shortly," Fahrettin Altun, an aide to Turkish president Recep Tayyip Erdogan said in a tweet extracted from a column he wrote published in the Washington Post.

"Turkey has no ambition in north-eastern Syria except to neutralise a long-standing threat against Turkish citizens and to liberate the local population from the yoke of armed thugs," the column said.

Armoured vehicles have been massing on Turkey's border with Syria, with a large convoy of dozens of vehicles seen in the Turkish town of Akcakale in Sanliurfa province.

The SDF said Turkish forces were attacking near the border.

"The Turkish military is shelling one of our points on #SereKaniye Border with Turkey," the SDF said in a tweet late Tuesday, referencing the key border town of Ras al-Ain.

Turkey considers the Kurdish fighters in northeast Syria as terrorists because of their ties to Kurds waging an insurgency inside Turkey.

Turkey has said it intends to create a "safe zone" in on the Syrian side of the border where it could send back some of the 3.6 million refugees.

The plan has alarmed some Western allies as much as the risks posed by the military operation itself.