‘Sex for grades’ scandal: My interdiction was fair – Prof. Gyampo 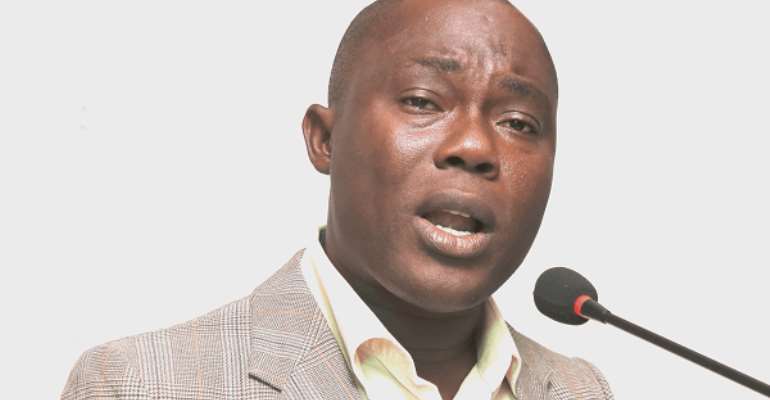 One of the lecturers captured in the BBC's 'Sex for Grades' documentary, Professor Ransford Gyampo has accepted his interdiction in good faith.

Prof. Ransford Gyampo and one other lecturer at the University of Ghana, Dr. Paul Kwame Butakor were interdicted after being implicated in BBC’s documentary on their alleged sexual harassment of female students.

They are expected to be hauled before the university’s Anti Sexual Harassment Committee to assist with internal investigations.

Speaking on Citi FM's Eyewitness News, Mr. Gyampo said he will cooperate with the committee tasked to investigate the case.

“I accept the decision. I pledge my full cooperation to the committee. They have not invited me but I am sure in a couple of days they will invite me. I will submit myself to the process. Given the fact that the committee of people whose credibility cannot be questioned, I know they will do a good job so that I can have the chance to go and do what I like doing; talking to students and also bringing whatever I have researched to bear on issues of governance and national politics,” he said.

Although the two lecturers have   denied  t he allegations leveled against them, pressure has mounted on the University to take decisive actions to show its commitment in dealing with the issue of sexual misconduct.

In the release, management of the University also indicated that it will not undermine the importance of its anti-sexual harassment guideline to tackle this menace which is 'fundamentally exploiting power imbalance and the voicelessness on individuals, families, and institutions.'

As a result, it has expressed commitment  to investigate this matter and   all other cases of sexual abuse  brought before it and ensure that persons who are culpable face the punitive measure they due them.

“The University will prosecute the current matter under investigation, in addition to all outstanding cases before the Committee. We would like to state emphatically that the University of Ghana does not and will not shield any employee or  student found to have engaged in sexual harassment or misconduct.”

“No member of the University is above the law”, it added.

Whilst some groups want the two penalized, others have argued that the content of the documentary is not  plausible   enough to incriminate the lecturers.

But Kiki Mordi, the reporter behind the sex for grades exposé by BBC Africa Eye spoke to Bernard Koku Avle on the Citi Breakfast Show shed some light on how the investigation was   executed .