5 new Ghanaian volunteers to be welcomed in France in 2019 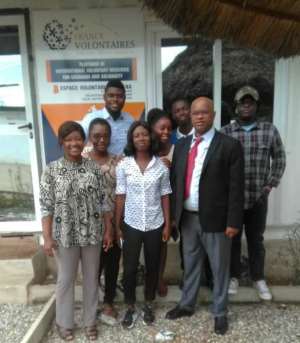 On the occasion of the Ghanaian President's visit to France on 8th -10th July 2019, France and Ghana concluded a historic cooperation agreement to promote volunteering and exchanges of volunteers and language assistants between the two countries.

Signed by Hon Shirley BOATCHEY, Minister of Foreign Affairs and Regional Integration and Mr. Jean-Baptiste LEMOYNE, Secretary of State to the Minister of Europe and Foreign Affairs, representing the French and the Government of Ghana respectively. The purpose of this Agreement is to promote and facilitate exchanges of volunteers and language assistants and their mobility between the two countries.

To bring this Agreement to life, France volontaires, in partnership with the Cooperation and Cultural Affairs Department of the French Embassy in Ghana and Alliance Française d'Accra, worked to ensure that 5 young Ghanaian volunteers accomplish a reciprocal civic service mission in France in 2019.

For a period of 8 months, volunteers will be hosted in general and/or agricultural high schools where they will work on issues related to English language learning and intercultural exchanges. These five new volunteers are in addition to four others who have already completed a mission in France since 2017 (one in 2017 and three in 2018).

The entire mission of each Ghanaian volunteer is fully supported by France. The French State, through the French Agency for Civic Service, will be issuing them a monthly allowance. The sending Organizations (Alliance Française and the French Embassy) financed their transportation, while the host organizations in France are providing the volunteers with accommodation.

In order to facilitate the arrival of young people in France, France volontaires, operator of the Ministry of Europe and Foreign Affairs in terms of volunteering and civic engagement abroad, organized a "departure" training on Monday 30 September 2019 at Alliance Française Accra. Among others, it was a question of equipping future volunteers for intercultural exchange, helping them in their administrative procedures, raising their awareness of international reciprocal volunteering and the various partners involved in the implementation of the missions.

France Volontaires has been designated by the French Government as the structure in charge of implementing the provisions of the Agreement. As such, it ensures the identification of host organizations in France, the recruitment and support of volunteers as well as the follow-up of their mission thanks to the presence of its many branches on French territory.

Similarly, in 2019, 4 Ghanaian-French speaking assistants will benefit from the provisions of the Agreement and will visit various French institutions for one year. Their mission is also fully supported by France (State, Embassy, schools) and France Education International (formerly the Centre international d'études pédagogiques - CIEP) is the institution designated by the French Government to manage these language assistant programmes. 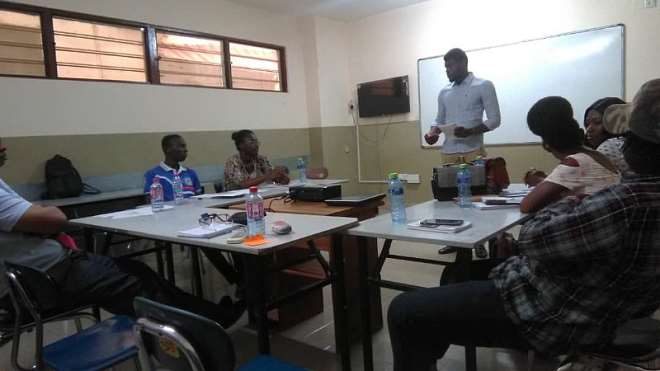