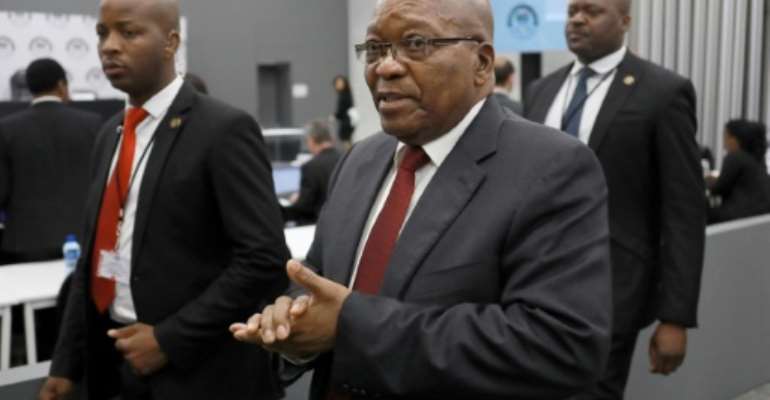 The son of South Africa's ex-president Jacob Zuma, accused by witnesses of acting as a conduit in a major web of state graft, said on Tuesday he was not corrupt, but was caught up in political crossfire.

Duduzane Zuma, 35, was testifying before a judicial inquiry probing allegations that his father organised a systematic plunder of government coffers in a scandal known as "state capture".

"I'm looked at as a criminal, I'm looked at as this face of corruption, this guy that's plundered trillions out of this country," Zuma said as he wrapped his two-day testimony.

"So I just like to say to the public out there I'm not corrupt, I have not taken money from anybody, I never have and I never will."

He has been named in the media and by various witnesses that have appeared before the inquiry, as having been a channel for the Guptas, a wealthy migrant business family that allegedly had a corrupt relationship with his father.

While Zuma was in office, the Guptas won lucrative contracts with state companies and allegedly held sway over his choice of cabinet ministers.

Zuma, whose father was president for nine years before he was forced to resign early last year over the graft scandals, said he believed he was a caught up in national political battle.

"We will all be fooling ourselves to think that there hasn't been political play in the background.

"I believe I'm unfortunately caught in a political storm," he said.

Former president Zuma's successor President Cyril Ramaphosa has vowed to tackle corruption in South Africa, which has been led by the ANC party since Nelson Mandela came to power in 1994 after the end of apartheid rule.

On Monday, Zuma, who was business partner with the Guptas, dismissed testimonies of previous witnesses, including that of a former deputy finance minister Mcebisi Jonas, who said he was offered a $40-million bribe by one of the Gupta brothers Ajay, at a meeting arranged by Duduzane Zuma.

The bribe was for a promotion to the position of full minister in exchange for business favours.