By International Chamber Of Commerce, Ghana 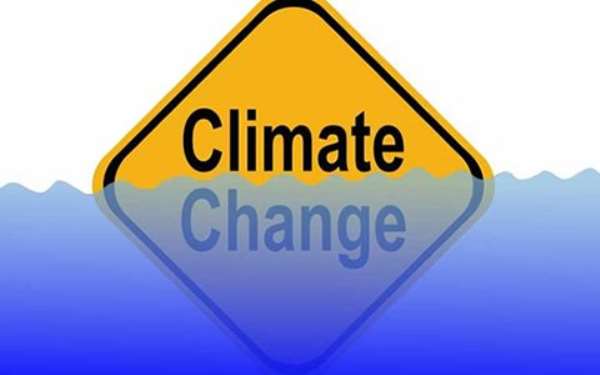 Climate variability and change constitute a major threat to national development and the growth of small and medium scale enterprises in particular. Humans are able to thrive in a wide range of climate conditions, but we also know that climatic factors, and climate extremes, can have a strong bearing on economic performance. Understanding and managing the link between climate and the economy is, therefore, an important facet of economic development

As the most recent scientific research shows, urgent measures are required to reach the objectives set in the Paris Agreement namely, keeping the increase in global average temperatures to well below 2°C.

Every extra bit of warming matters, especially since warming of 1.5°C or higher increases the risk associated with long-lasting or irreversible changes, such as the loss of some ecosystems,

Limiting global warming would also give people and ecosystems more room to adapt and remain below relevant risk thresholds. The good news is that some of the kinds of actions that would be needed to limit global warming to 1.5°C are already underway around the world, but they would need to be accelerated

The effect of climate change is being experienced by all facets of life and in all the major sectors of the Ghanaian economy. Disasters such as floods, rainstorms and strong winds are becoming more frequent than before. Many places have seen changes in rainfall, resulting in more floods, droughts, or intense rain, as well as more frequent and severe heat waves.

Addressing climate change issues in Ghana has gained traction in the agricultural sector. However, businesses and industry have also been noted to be significantly affected by climate change.

At ICC’s Centenary Summit in May, the International Chamber of Commerce (ICC) issued a Declaration setting out a vision to shape the future of global business for the next century. The Declaration includes an endorsement of the IPCC Special Report on Global Warming of 1.5°C and commits International Chamber of Commerce (ICC) to work towards mobilising business behind the 1.5°C target and net-zero emissions by 2050.

In line with this commitment, ICC is undertaking a number of efforts to help bolster climate action by business. One such action is the Chambers Climate Coalition pledge which was launched at the 11th World Chambers Congress in Rio de Janeiro By signing the pledge, chamber leaders around the world commit to take bold climate action.

That is why the International Chamber of Commerce (ICC)—in its capacity as the UNFCCC Focal Point for business and industry—is calling on all governments to do their part to ensure that we meet the goals of the Paris Agreement. An important step in this regard was delivering the Paris Rulebook at COP24.

The Paris Rulebook —an implementing framework where Parties show how they plan on reaching the Paris Agreement targets— While more companies are committing to leadership on climate action than at any other time in history, implementing the Paris Agreement would provide greater certainty on long-term climate policies and required investments, thus allowing businesses to increase their investments in innovation, research, infrastructure, and new technologies and solutions that will be essential to achieving the emission targets and ambitions of the Paris Agreement

Indeed, Ghana’s Nationally Determined Contribution (NDC) under the Paris Agreement on Climate Change indicates that the long-term goal of Ghana’s adaptation is to increase climate resilience and decrease vulnerability for enhanced sustainable development. One key policy area of the National Climate Change Policy of Ghana is disaster preparedness and response as a result of the need to ensure resilience for all facets of the sectors of the economy.

Climate change has the potential to cost small business owners millions in damages, yet there is little knowledge on how small businesses are coping with the impacts of climate change. Micro, small and medium enterprises (MSMEs) are particularly vulnerable because of their more limited capacities to absorb disaster losses.

ICC Ghana with the support of the BUSAC Fund is undertaking an advocacy action to create awareness on Climate Change and coping strategies for SME’s.

The purpose of the advocacy action is to create greater awareness of the menace of climate change and make this top of mind among the general public.

Indeed ICC Ghana recognises that mitigation and adaptation actions require the collective effort of government, the private sector and society. Some popular recommendation includes each citizen to plant a tree and a ban on single-use plastic e.g. sachet water & plastic bag for packaging and shopping.