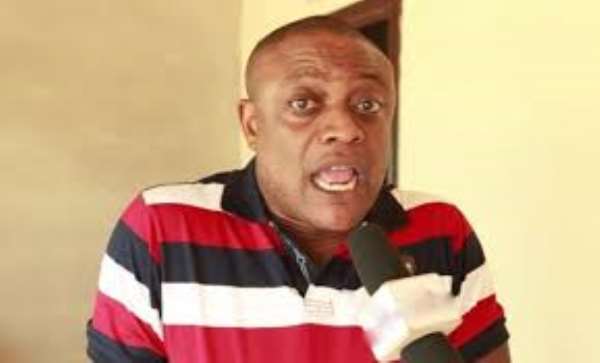 A private legal practitioner, Lawyer Maurice Ampaw has admonished the embattled Political Science lecturer and Head of European Studies at the University of Ghana, Legon, Prof. Ransford Gyampo who was captured on camera in the BBC Africa Eye’s “Sex for Grades” not to seek redress in the law courts after the exposé.

Lawyer Apaw in a phone interview this morning on “Ade Akye Abia” programme on Okay FM said, “I’ve heard that Prof. Gyampo is heading to court. I will advise him to rescind his decision on that for now.”

He added that the best thing Prof. Gyampo should do is to exercise patience for the University of Ghana where he is employed to complete their investigations on the matter before he responds accordingly.

He noted that when the university clears the Prof. Gyampo from any wrong doing, then it means there will be no need to contest any issue in court unless otherwise.

Prof. Gyampo has threatened to seek for legal action against the BBC over the latter’s Africa Eye “Sex for Grades” documentary which captured him in the viral video.

He accused the BBC Africa Eye’s team of having some ulterior motive because they contacted him on the said video to which he sent them several letters indicating his innocence but they refused to include that in the documentary and concentrated only on his conversation with the lady.