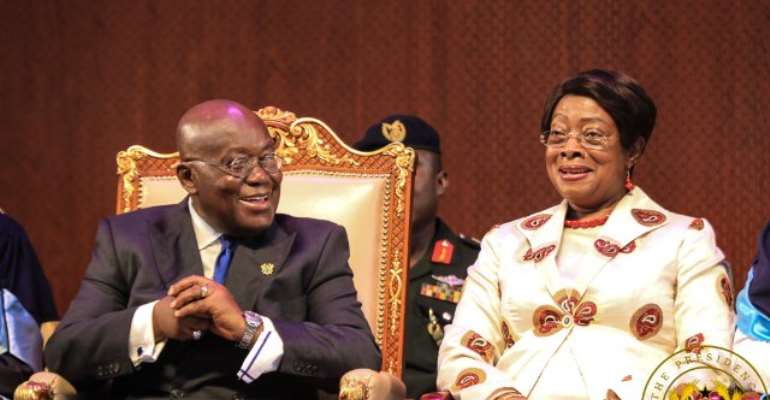 President Akufo-Addo in May, wrote a letter to the Chief Justice, Sophia Akuffo, requesting action on their concerns of the Ghana Law School students.

Nana Addo Dankwa Akufo-Addo had met with the Students Representative Council of the Ghana School of Law on May 6, 2019, after another mass failure in the bar exams.

The letter suggested, the students had asked the President to set up a Commission of Inquiry into their concerns. But the President declined.

He, however, assured the student leaders, he would pass on their concerns to the Chief Justice who is the chair of the General Legal Council, the body that supervises legal education in Ghana.

In the letter to the CJ, the President states six issues which in his view, required the General Legal Council’s “urgent” attention.

They included the amendment to a nearly 60 year old law, the Legal Professions Act, undue delays in the release of examination questions, setting of questions outside the marking scheme and the cost of remarking scripts.

The President expressed confidence, the GLC would resolve the concerns “as quickly as possible”. He also expressed hope, that the matters would be settled by June 2019.

According to the SRC of the Ghana School of Law, of the six issues the President raised, only one has been fully addressed which is the setting of questions within the course outline.

See the letter below: