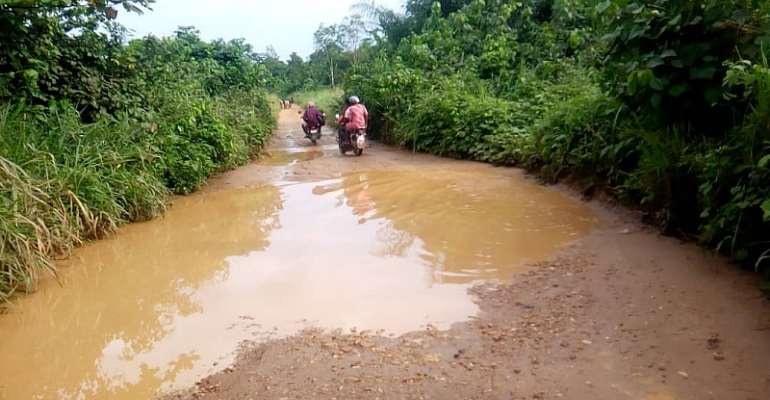 Aggrieved residents at Nankese Abisim in the Suhum Municipality of the Eastern region are protesting over bad roads in the area.

Residents say, they’ve had to spend several hours due to the poor nature of the roads, a situation which becomes worse each time it rains.

In an interview, some of the residents say pregnant women have had several miscarriages while others in labour lost their lives.

According to them, the President during the 2016 electioneering period promised to fix the roads but have been ignored.

There are a number of abandoned and deplorable roads in the Suhum Nankese Abisim and we call on the government to fix these roads before 2020 general elections or face our wrath,” a section of community members said.

Gyaasehene of the area, Baafour Boafo speaking to the media said the people suffer a lot when plying the road which hinders development and growth in the area.

He said conveying their farm produce such as cocoa, cassava, maize, plantain and other vegetables to nearby and far market have been left to rot in the farms due to the nature of the roads.

He therefore appealed to the government to come to their aid else will be voted it out in election 2020.