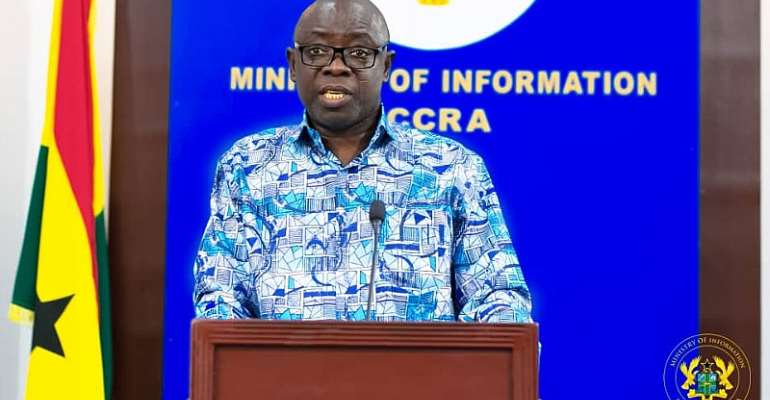 The chiefs and people of the Gbane Traditional Area in the Talensi District of the Upper East Region have petitioned Lands and Natural Resources Minister Kweku Asomah-Cheremeh to revoke the mining licence of Cassius Mining Limited over disturbances in the area.

In a petition addressed to the minister, the residents and traditional leaders expressed concerns over what they claimed to be some unhealthy developments in the mining community which they respectfully proffer some measures to be adopted to cure the challenges.

“It is the larger interest of majority of indigenes that the said licence should be revoked outright for cogent reasons subsequently stated in this petition,” the petition read.

Those approving the petition are Chief of Gbane, Assembly Member of Gaare-Gbane, Ndaan Gugbazaah-Tassoh, among others.

According to the petition, the introduction of Cassius Mining Limited (Cassius) brought with it “a cascade of inter-company disputes, as well as hostilities amongst small scale miners and traditional authorities.”

“No sooner had the said Cassius mining company arrived in the community than there were a series of mining concession litigation, sponsored fragmentations of small scale miners' front and utter disregard for community and traditional authorities,” the petition said.

The petition noted that “no traditional authority has been recognised as one capable of amicably resolving most of their self-inflicted problems.”

“As a matter of concern and to douse the growing tension in the community, we have taken it upon ourselves to assess the operations of that company and have come to the following demand/concerns: the licence area of the Cassius company came too close to an already existing operational area belonging to the Yenyeya and Pabortaaba Mining Groups who are enjoying Mine Support Service from the Shaanxi Mining (Ghana) Limited, who equally have potentials of expanding their operations to large scale,” it stated.

“It is obvious that the Cassius licence gave birth to potential cases of overlaps both surface and underground,” it added.

The petition revealed that “this is what has been the beef between the two mining 'giants' in our community.”

“We consider our petition timely since we are reliably informed that the prospecting licence of Cassius has expired since December 2018. It is our position that the licence should not be renewed anymore to avoid what has visited our community in the past three years,” it observed.

Cassius Mining is yet to respond to the claims.