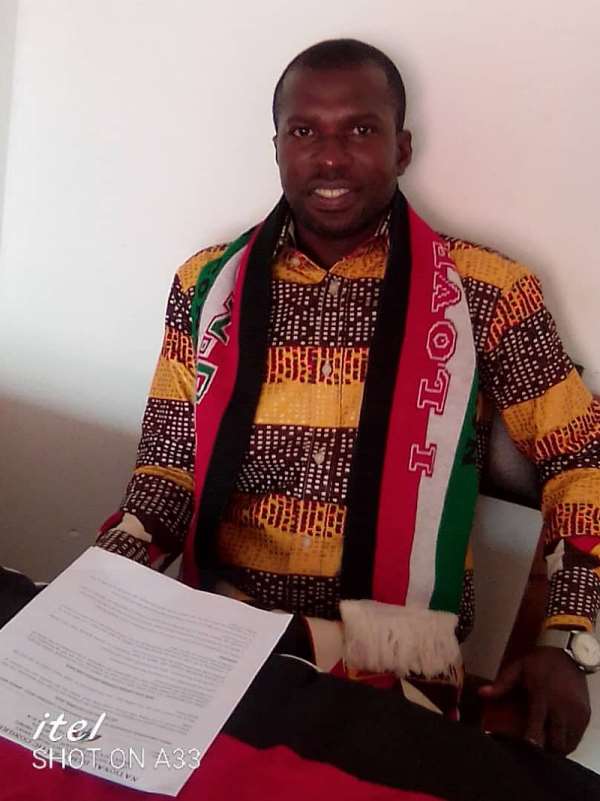 The National Democratic Congress (NDC) branch in the Jaman South has lashed out to government to as a matter of urgency fix their roads and also make life easy for the hardworking cashew farmers in the municipality and the country at large.

Addressing the Press yesterday,the Parliamentary Candidate of NDC Mr.William Okofo Darteh urged the municipal assembly to continue the routine maintenance of roads as was the easiest exercise of the former assembly in the NDC era.

On cashew issues, he said farmers are faced with the "I don't care" type of leadership from the NPP government and that it is obvious the NPP government do not appreciate the magnitude of the problems on the hands of hardworking cashew farmers.

The NDC is therefore demanding a Speedy formation of the Cashew Development Board as was promised by the president then an opposition leader.

They however, want the farmers to be involved in the process of the board formation so that they can feel part or own the end product.

Jaman South NDC also reminded government to pay customers of God Is Love ,DKM and a host of other microfinance companies as was promised in the run up to the 2016 elections.

Good afternoon Ladies and Gentlemen of the press. We welcome you to this Press encounter. The NDC Jaman South is not happy with certain happenings both within the Municipality and the country at large.

This is the reason why we are calling upon you this afternoon to make them known to you and the government.

TAKE OUR CASHEW FARMERS SERIOUS FOR ONCE.

Ladies and Gentlemen, let me point out few of such problems

Ladies and Gentlemen we demand the following to better the lives of our cashew farmers.

THE BAD NATURE OF JAMAN SOUTH ROADS AND THE WAY FORWARD.

Ladies and Gentlemen, Concerning our roads, we are very much aware of the fact that contractors have abandoned all the road works due to the inability of the government to settle the monies owed them.

In the mean time we demand our leaders in the municipality to put their heads together and give us a temporal relief on our roads as we hope in vain for the contractors to get back to work.

Leadership is all about innovation in problem solving. If the MCE, MP and the Deputy chief executive officer of the middle belt authority cannot or do not have ideas as to how they can fix our roads temporarily for us, we want to suggest some means for them.

Ladies and Gentlemen we suggest the following steps are taken by the leadership of the Municipality to fix our roads temporarily.

1. They should fix the grader sitting idle on the premises of the assembly and use it to grade our roads

2. If the grader here is not fit for use we further suggest that the MCE should seek assistance from the regional office in order to have access to the graders that were procured during his Excellency president Mahama's administration, that they can fuel from their IGF and grade the roads.

3. Better still the assembly can hire graders from private companies at around 3000 Ghana cedis per day, and more of such companies are abundant in Sunyani.

EFFECTS OF THE EXTREMELY BAD ROADS IN THE MUNICIPALITY

Ladies and Gentlemen, bad roads affect us in several spheres of life:

Ladies and Gentlemen, we relate the impending hardship in the municipality partly to our investment in the MICRO FINANCE Institutions that collapsed about three years ago.

It is a fact that almost every household in the whole of the municipality was affected in many ways. It is heartbroken to think of the juicy promises that were made to refund our monies by the then opposition candidate Nana Addo Danqua Akuffu Addo during the run-up to the 2016 general elections. With such a disappointment registered on our hearts, we demand to know the answers to the following questions.

1. Ladies and Gentlemen, where are the creators of the following companies? ​DKM, GOD IS LOVE FUN CLUB, LITTLE DROPS, CARE FOR HUMANITIES, PRIME INNOVATION, AND PERFECT EDGE MICROFINANCE.

2. What happened to their frozen accounts?

3. Is there no leader to seek justice for the victims of the failed businesses? The monies we invested in the failed microfinance companies were our hard-earned capitals and we can never forget about it until justice is served. We need our monies back and we count on the government to live up to his promise of getting our monies back for us.

Ladies and Gentlemen, friends of the media, We want to use this opportunity to encourage the good people of Jaman South and all Ghanaians to rally behind NDC and vote massively for John Dramani Mahama to be the next President of Ghana and Hon. William Okofo- Dateh as the Next Member Of Parliament for Jaman South come 2020 general elections.

Thank you all for your attention.