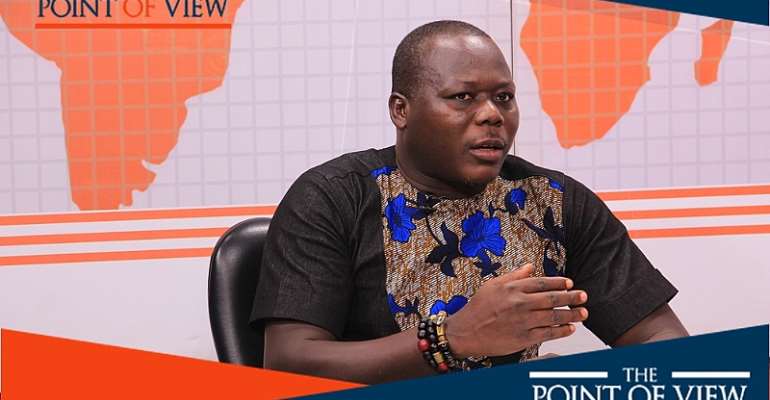 President of the University of Ghana (UG) chapter of the University Teachers Association of Ghana (UTAG), Dr. Samuel Nkumban has stated that the recent documentary by BBC Africa Eye on  alleged sexual harassments lacks the substance for it to be tagged “Sex For Grades.”

Dr. Nkumban is convinced that no portion of the video is strong enough to clearly suggest that some lecturers of the university harass students sexually – a  case according to him makes the caption of the expose questionable.

“To title it [the documentary] as Sex for Grades is something I cannot duly come to terms with in terms of the fact that there is a conscious attempt by a University Professor or lecturer to finger somebody before giving out a grade he or she doesn’t deserve. I haven’t seen that come clear. I don’t see anything that directly relates to sex and grades, he said on Citi TV’s The Point of View on Monday.

Dr. Nkumban also mentioned that the association had always ensured that none of its members went contrary to the university’s institutionalized guidelines on sexual misconduct and challenged BBC to tender in other pieces of evidence if any for the appropriate punitive action to be taken.

However, UTAG will not allow its members to go against the code of conduct and policies that state they should conduct themselves with students. We are interested in what facts the BBC have to suggest that our lecturers are having affairs with students and giving them undeserved grades to know what the University can do.

The report released spent time at the University of Lagos and one of its lecturers alleged attempts to proposition a student seeking admission into the school.

So far, the two lecturers at the University implicated in the video – Prof. Ransford Gyampo and Dr. Paul Kwame Butakor have denied the claims.

For  Prof. Gyamfo, he has hinted at suing the international media house for defamation. UG SRC wants lecturers indicted in 'Sex for Grades' exposé punished

The executive body of the University of Ghana Student Representative Council (SRC) has vowed to ensure that lecturers indicted in the sex for grades documentary by the BBC are sanctioned appropriately .

In an interview with Citi News, President of the UG SRC, Isaac Agyemang called on the University to investigate the matter and punish those found guilty.

“As a leader of the Students' Representative Council, I'm willing at length to ensure that any person found culpable of the offences leveled against them…in relation to sexual harassment of any student is brought to book. Students came here to acquire higher learning and so any such misconduct where lecturers or any senior management member trying to take advantage of students…justice must be served for students who have been victims. This is a bad practice by senior management.” Sex for Grades scandal