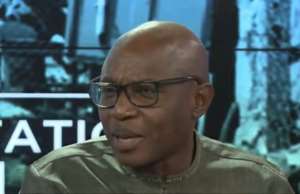 Taxes on utilities could go up in a government attempt to raise revenue to fight filth across the country, the Deputy Sanitation Minister has hinted.

“It is one of the possibilities,” Michael Yaw Gyato told Evans Mensah on JoyNews’ PM Express programme on Monday.

He said some options that “the people of Ghana can look at is: we can put some little tax on some utilities…”

He said the Ministry will discuss the idea “with the people of Ghana and parliament.”

His revelation followed suggestions by MP for Odododiodoo, Nii Lantey Vanderpuye that the Ministry should construct more waste processing facilities to curb the use of land-fills.

Mr. Vanderpuye suggested the use of monies freezed from court judgements to provide sanitation infrastructure across the country.

Also, the lawmaker suggested drawing a road map that subsequent governments can follow to rid the country of filth.

JoyNews, has, meanwhile, been on a campaign with the AMA to rid Accra of filth. The JoyCleanGhana campaign has implicated scores of food vendors who produce staples in very filthy settings.