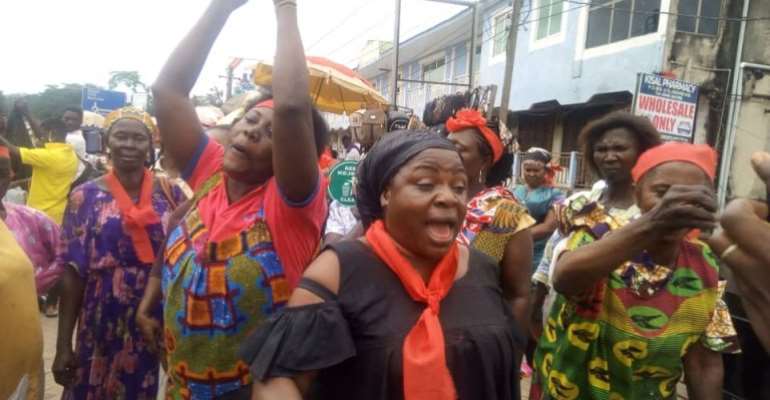 Members of the Kejitia Petty Traders Union have threatened to embark on a naked demo coupled with curses to demand what is due them from the KMA.

The members say they have not been allocated stores or places to do business at the new Kejetia.

The Union which is made up of 6 associations with a membership of 3750, used to ply their trade on tables and pavements at the old Kejetia.

According to the Petty traders, circumstances surrounding the allocation of stores at Kejetia have added more pain to their sorrows whiles authorities look unconcerned.

The Chairman of Kejetia Petty Traders Union, Yaw Afari said, KMA promised to give them allocations at the new Kejetia market but efforts to get any feedback have failed.

“Our meeting with the market Convener, Hon Kesse promised that they have about 1,480 available places for those who trade on tables and pavements but nothing has been done since.

He said they have, however, given a 7-day ultimatum to KMA to respond to their demand or face a naked demo.