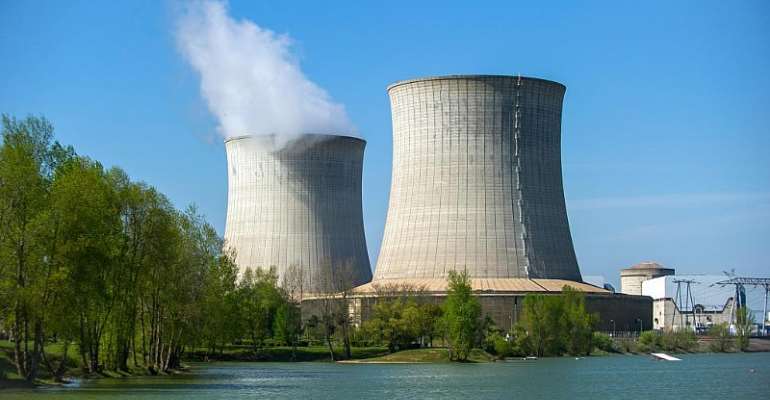 The International Atomic Energy Agency (IAEA) said in a press release on Monday that safety in the 3600 megawatt Bugey plant, one of France's biggest “sees significant progress,” but local critics say the plant is too old to be safe.

The Bugey Nuclear Power Plant, 35 kilometers west of Lyon, “has improved preparedness for evacuation of personnel” in case of a radioactive lead, enhanced its “handling of hazardous chemical substances,” improved “maintenance activities,” according to the IAEA statement.

But the main problem – the fact that the plant was built in 1979 and reaching the end of its life cycle – doesn't seem to be addressed properly, according to critics, and draughts and heatwaves affect the efficiency of the plant as well.

““There may have been some improvement, but it's quite a long shot,” Charlotte Mijeon, spokesperson for the network Sortir du Nucléaire (SdN) told RFI.

“It remains an old plant it has ageing problems. The components are not air-tight. The fact that people are now better prepared to evacuate does not mean that the plant is safer,” she says.

On August 1, 2013,a valve in reactor 5 of Bugey had an internal leakage problem. More leaks were reported in 2017, which according to SdN involved “an abnormal concentration of tritium ... which can cause serious damage to DNA, reaching 670 Becquerels per liter.”

Fessenheim
France is currently 75 percent dependent on nuclear energy generated by 58 nuclear reactors across 19 power stations with a total capacity of 63,1 GWe, making the country the second largest producer of nuclear after the US.

In 2014, flooding at its oldest plant, in Fessenheim near the German and Swiss borders, forced an emergency reactor shutdown. Anti-nuclear activists have long called for the shuttering of Fessenheim, which has been in operation since 1977.

Earlier this year, some 2.2 million people living with a radius of 20 kilometers from France's nuclear plants were to be given radioactivity-blocking iodine pills in case of accidental radiation leaks.

Energy Transition for Green Growth Bill
After pressure by the anti-nuclear lobby the government initially decided to decrease the overall dependency to 50 percent by 2025.

In October 2014 the Energy Transition for Green Growth Bill was initiated by the government of François Hollande aiming at reducing energy dependency on nuclear power to 50 percent by 2025.

But President Emmanuel Macron stated in 2017 that nuclear is "the most carbon-free way to produce electricity with renewables" and postponed the 50 percent dependency limit to 2035.