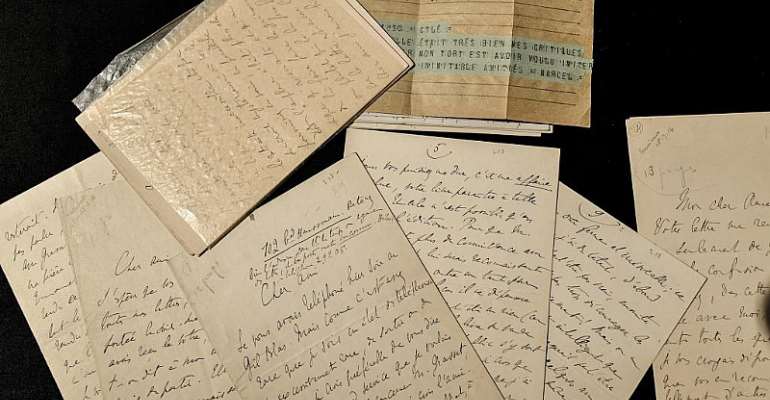 Sixteen letters that the author of "Remembrance of Things Past" wrote to the influential newspaperman Rene Blum between 1913 and 1916 were expected to go for up to €300,000 euros at Christie's.

The cache laid bare how the well-connected and wealthy Proust pulled every possible string to make sure his books were hailed as masterpieces.

Like many an ambitious writer after him, Proust took self-promotion very seriously.

He roped in friends like Jean Cocteau and his young lover Lucien Daudet -- the son of the celebrated novelist Alphonse Daudet -- to make sure that his books got the praise he felt they deserved.

The correspondence, which runs to 90 pages, showed how the hypochondriac dandy went to extreme lengths to ensure that "Swann's Way", the first part of his seven-volume magnum opus, was published exactly the way he wanted -- by paying for the printing himself.