Tunisia: towards a parliament riven by divisions 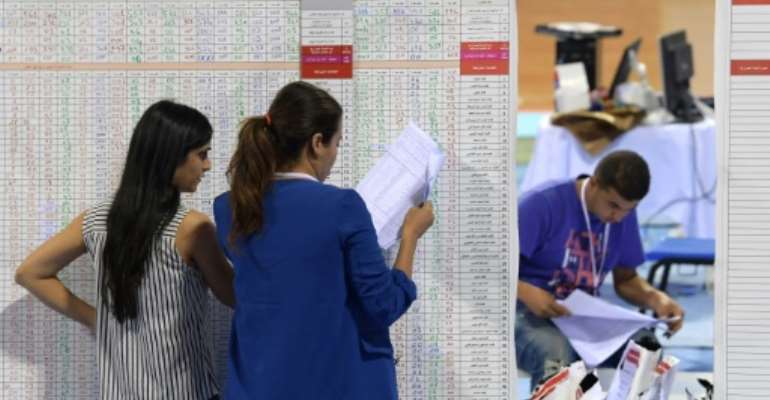 Tunisia's parliamentary elections held on Sunday appear to have failed to forge a clear path to forming a government.

Closed door negotiations are already underway, even ahead of official preliminary results due on Wednesday and a two-man presidential run-off set for Sunday.

Here is a brief survey of the political landscape the day after the legislative poll in a country considered to be the sole democratic success story of the Arab Spring.

Why was turnout low?

The abstention rate was 58.6 percent, nearly double that of the last legislative polls in 2014, despite the post-revolution constitution putting parliament at the heart of political power.

TV pundits contend that the high abstention rate is not only a mark of voter apathy, but also a repudiation of the parties taking part.

"We have been talking about these elections for two months and foresaw a higher turnout," acknowledged Nabil Baffoun, head of the electoral commission ISIE.

He added, however, that the participation rate was "respectable".

In the municipal elections held in May last year -- the first since the 2011 revolution that deposed longtime dictator Zine El Abidine Ben Ali -- abstention was at a record 66.3 percent.

More voters turned out for the first round of the presidential election in September, with 51 percent abstention.

Low turnout "is also linked to the poor performance" of the outgoing parliament, according to Selim Kharrat of Al-Bawsala, a parliamentary watchdog.

Abstentions, political shifts and a lack of initiative in constituencies all fed into "73 percent of Tunisians not having confidence in the legislature", said Kharrat.

According to two Tunisian opinion polls, Emrhod and Sigma, Islamist-inspired party Ennahdha won the largest number of seats, taking an estimated 40 out of 217.

Qalb Tounes -- established less than six months ago and led by detained business tycoon Nabil Karoui, who last month won through to the presidential run-off -- came in second with 33 or 35 seats.

Both parties took well below the 109 seats required for an absolute majority.

A third exit poll, by Targa Consult, put Ennahdha further ahead with 46 seats, and Qalb Tounes with 35.

Both parties have claimed that they are in first place, without providing figures.

Distribution of seats by party in the outgoing Tunisian parliament. By (AFP)

According to the exit polls, no party got more than 20 percent of the vote.

Behind the leading two entities, which had ruled out forming an alliance in the run-up to the vote, there are a series of other parties that won less than 20 seats each.

Complicating the bargaining picture further, each of them has excluded the possibility of working with certain rivals.

Any party that emerges with the largest share of seats will therefore find it difficult to put together the majority required to legislate.

"It will probably take at least four or five blocs to form a majority -- yet among the leading five, some are sworn enemies," Kharrat said.

"It is a parliament that will be too fragmented to function properly -- we cannot expect much," he added, indicating that crucial reforms will likely remain on hold.

Qalb Tounes, the new party of jailed presidential run-off contender Nabil Karoui, appears to have made a remarkable entry into parliament. By FETHI BELAID (AFP)

A week after the final results are released, the party with the most seats will be tasked with trying to form a government inside two months.

It should be followed by a vote in parliament that must be backed by 109 lawmakers.

In the event of failure, the president -- to be elected on October 13 -- must propose a prime minister, who would likewise be given two months to cobble together a majority.

If stalemate persists, the constitution provides that the president "can dissolve the assembly" and call new elections.

While Qalb Tounes has made a remarkable entry into parliament, it appears not to have achieved its goal of becoming the biggest party, which would have created a favourable dynamic for leader Nabil Karoui.

Kais Saied, an independent law professor and presidential candidate, did not endorse any party in the legislative elections but is backed by Islamist-inspired Ennahdha. By FETHI BELAID (AFP)

Ennahdha appears in pole position after a good turnout by its base, after the party aligned itself behind the candidacy of the other competitor in the presidential second round, Kais Saied.

Ennahdha endorsed the conservative law academic in the immediate wake of the first round and several unofficial polls see him winning the run-off.

Among the biggest winners, as in the municipal elections, are independent candidates -- proof of a political shift that could play in Saied's favour, a candidate very much outside the political elite.