Mona Lisa returns to renovated home in the Louvre museum 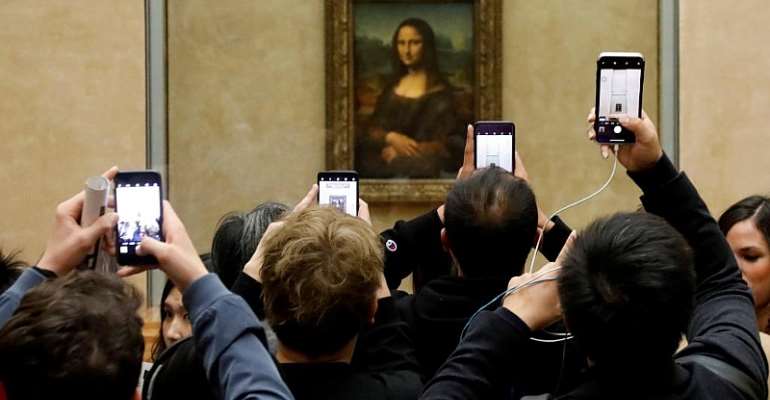 The Mona Lisa has returned to its place in the Louvre museum after renovations in the room where it is usually displayed were finished.

After two months of work, Leonardo da Vinci's painting, which millions of tourists from around the world come to see every year, is once again facing the biggest painting in the museum, the Wedding of Cana de Veronese.

The painting was first moved in July this year to the Galerie Médicis after renovations in the Salle des États, started.

A statement from the Louvre explained that the decision to renovate the room was made as a result of a huge increase in the number of visitors to the museum since the “Grand Louvre” project and the Pyramid were completed 30 years ago. As a result of the increase in visitor numbers, renovations were required to:

Improve reception of the growing number of increasingly international visitors:

The renovations over the summer were the largest renovation campaign since the “Grand Louvre” and has resulted in more than 34,000 m2 of the museum have been renovated since 2014, including 17,579 m2 of galleries and 16,520 m2 of business space.

Fourteen years after its complete refurbishment (2001–2005), the Salle des États the Mona Lisa's customary home and the museum's most visited room needed a new round of renovations.

All of the artworks displayed in the room were removed, with the exception of The Wedding Feast at Cana, which was enclosed in a protective case for the duration of renovations.

One of the Louvre's largest rooms, the Galerie Médicis was deemed a suitable location for the Mona Lisa as it can accommodate the tens of thousands of visitors who came to see it every day.

The Mona Lisa is a particularly fragile work and can no longer travel outside the Louvre. Even within the Louvre, the work is moved only on rare occasions: it was transferred to the Grande Galerie between 1992 and 1995 to accommodate changes to museum spaces, and to the Salle Rosa between 2001 and 2005, during the previous renovation campaign of the Salle des États.

Due to its exceptional drawing power it is estimated that 70 percent of all Louvre visitors wish to see the work the Mona Lisa must be displayed in a space that can accommodate large numbers of people.

The work will not feature in the “Leonardo da Vinci” exhibition (October 24, 2019–February 24, 2020), as the majority of visitors would be denied the pleasure of admiring the work due to the Hall Napoléon's limited size.

Located on level 2 of the Richelieu wing, in the heart of the Dutch and Flemish painting collections, the Galerie Médicis houses a cycle of 24 large paintings by Rubens that once adorned the Luxembourg Palace in Paris. Access to some works from this cycle will be limited while the Mona Lisa is on display in this room.