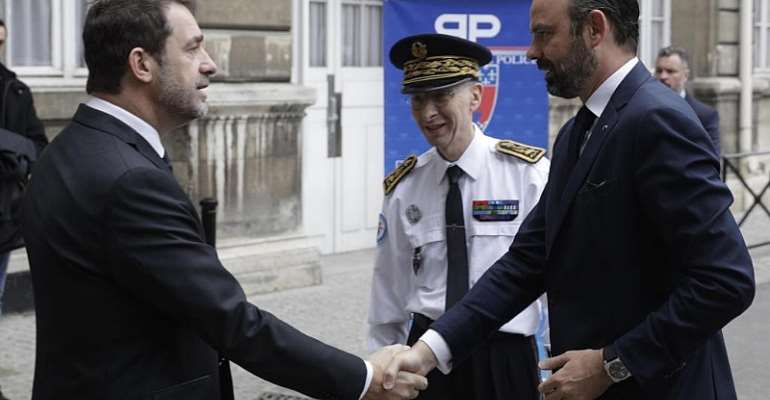 French Interior Minister Christophe Castaner regretted on Monday more had not been done to monitor a man who killed four staff at Paris police headquarters. Lawmakers were to question Castaner over the attack later in the week.

Castaner will face questioning on the attacker in his background by a parliamentary intelligence commission on Tuesday and by members of the Senate in a hearing that will be open to reporters on Thursday.

The interior minister told France Inter radio it was regrettable that opportunities were missed to better monitor Mickael Harpon, a 45-year-old IT specialist with security clearance who killed three officers and one civilian before being shot dead by another officer last Thursday.

Signs including praise of the 2015 Charlie Hebdo attacks, along with more recent changes including altered manner of dress and avoiding contact with women, were not reported “at the right level, at the right moment”, Castaner said.

The interior minister regretted that warnings did not lead to formal action and that he wanted to toughen the procedures.

“The signals of alert should have been enough to open an investigation,” Castaner said. “I would like every alert to be treated automatically,” he added, without elaborating on what steps would be taken.

But while he acknowledged “dysfunction” within the state services, Castaner reiterated he had no plans to resign over the attack and said French police had prevented 59 terror attacks since 2003, including three this year.

A parliamentary report on radicalisation within public services spoke of 30 suspected cases among the 280,000 officers in France's police and gendarmerie forces.

Deputy Interior Minister Laurent Nunez said Sunday that while Harpon did not appear to have links with any Islamic cells, investigators did not know what kind of confidential information, if any, he may have passed on.

“We don't know what information he had access to,” Nunez said.

Investigators released Harpon's wife, a 38-year-old mother of two children, without charge on Sunday. She was taken into custody on Thursday for questioning over Harpon's behaviour on the eve and 33 text messages exchanged on the morning of the attack.

French President Emmanuel Macron was to lead a tribute to the victims of the attack on Tuesday.