Afienya: My Life Is In Danger – Abbey-Kope Chief 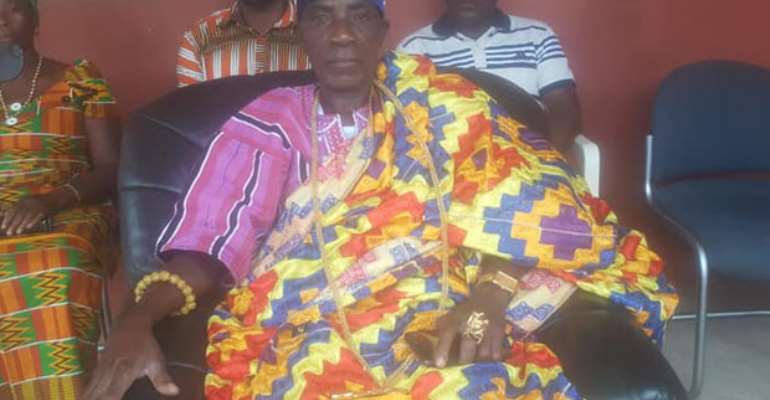 A 65-year-old Chief of Abbey-Kope, a community near Afienya in the Prampram Traditional Area, cries for protection from police as he feels insecure.

According to Nene Paddy Tsokpor I, some unknown people want him dead which is making him uncomfortable.

Addressing journalists, he noted that “let me confess that my life is in danger. I need serious police protection against my enemies.”

He believed that there were reports making rounds in the community that he was deceased.

According to him, although his security issue has been reported to the Prampram Traditional Council and the Prampram District Police Command, hitherto, no action has been taken.

“I have received life-threatening messages and calls and all these I have reported to the Ningo-Prampram District Police, but I've not received any assuring words from them yet.

“I want my family, community and subjects to disregard the news of my demise. I am hale and hearty. But, I want the police and traditional council to be aware of what is happening so that they provide me with protection,” the chief stated.

He expressed worry that the news of his demise was still travelling faster, as he had been bombarded with calls from friends and relatives.

Nene Tsokpor I suspected that because he had stopped illegal and double sale of land in the area, that was why 'some wicked people' want him dead.

“Since I was gazetted in 2017, after my enstoolment as Chief of Abbey-Kope in 1992, I ensured there was no illegal and double sale of land in the area and some people were not happy with it.

“Some people are also not happy that I am the chief of the area that is why they are bitter and bent on creating the impression I am dead so that they can illegally enstool a chief they can control to do their ungodly bidding,” according to him.

He however, assured the people of Abbey-Kope that he is alive, strong and healthy so they should disregard news concerning his demise.

Ken Agyapong is only brave on NET2 TV but actually a coward ...
16 minutes ago