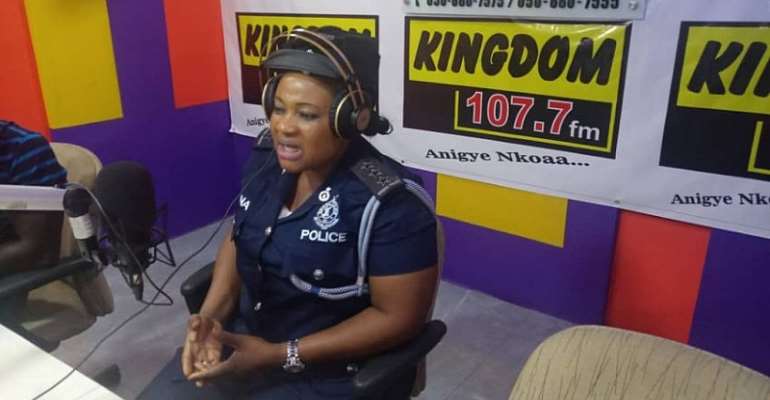 Superintendent of Police, Hajia Sa-ada Muhammed, popularly known as ‘Hajia Police’, is the newest music sensation to emerge from the Police Service.

The female Commander who revealed that she had been nurturing her music talents for years, stated that it was finally time to unearth her creative abilities.

Hajia Police’s emergence on the scene follows Superintendent of Police, Kofi Sarpong’s introduction and dominance in the gospel industry in Ghana.

Those who’ve heard her music have so far referred to her as the Muslim version of SP Kofi Sarpong.

The song encourages religious tolerance among people, especially between Christians and Muslims.

‘Laila’ was produced by Appeitus and the music video was directed by Synmation Studios.

This new music video follows the release of her first single titled ‘Eid Mubarak’ off her forthcoming album.