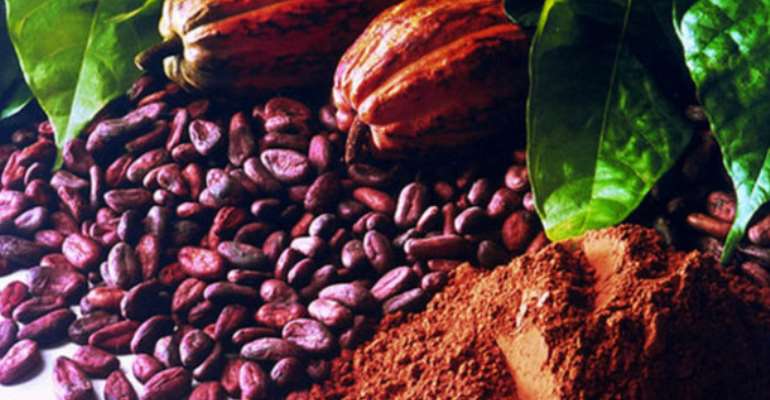 A wag I know once described the headquarters building of the Ghana Cocoa Board (COCOBOD), as the world's tiniest and wealthiest welfare state. Top COCOBOD management have super-generous compensation packages. The COCOBOD carpark, for example, serves a latest-models-only-fleet of expensive vehicles. It is one of the most outrageous examples of public-sector profligacy.

That said, perhaps my friend the old wag is not being fair to those who run the COCOBOD. However, that is a moot point - given the continued inability of the COCOBOD to recognize that conversion to certified and traceable organic cocoa production, is the strategic move that will save the industry's future. That failure to see into the future has resulted in one becoming totally disenchanted with those running that very important state-owned entity.

That is why as someone from a cocoa-farming background, I won't be pleased in the slightest if the COCOBOD sponsored this year's Ghana Cocoa Awards. Cocoa farmers' money should not be dished out to the well-connected regime princelings and princesses, who dreamt up this classic example of entitlement-culture-rip-off. Haaba.

COCOBOD officials pay lip-service to the welfare of cocoa farmers. For example, to try and obtain medical help for an elderly couple who have farmed cocoa for decades at Akyem Juaso, in the Eastern Region, I made fruitless phone calls to the Cocoa House switchboard. Incredibly, in spite of their fat compensation packages, when asked, no one at the COCOBOD HQ building would lift a finger to help my ailing and elderly cocoa farming neighbours, at Akyem Juaso, a Mr. and Mrs. Asare.

After the aforementioned fruitless pass-the-buck phone calls to the Cocoa House switchboard, in the end, it was a medical doctor at the Tafo Cocoa Clinic, a Dr. Geraldo, who although had never met me before, decided to make a one-time payment for their treatment from his own pocket, for compassionate reasons, when I phoned him out of the blue. God bless him for his kindness to total strangers in need.

So, I repeat, speaking as someone from a cocoa farming family, the COCOBOD must not sponsor the nonsensical-profligacy that the Ghana Cocoa Awards represent. It must rather use the money meant for the Ghana Cocoa Awards, to pay Ghanaian researchers to enable Ghana's cocoa industry to be transformed into the world's biggest producer of organic cocoa beans. Haaba.

It is such creative thinking, which will help secure the future of Ghana's cocoa industry. As it happens, Apostle Safo Kantanka produces natural pesticides, natural growth mediums, and natural folair fertilizers, which could help fast-track Ghana into the position of the world's biggest producer of organic cocoa.

COCOBOD has no excuse whatsoever, not to get its Cocoa Research Institute of Ghana's (CRIG) researchers, to work with Apostle Kojo Safo Kantanka. Would a joint venture partnership with him not give COCOBOD new lucrative revenue streams, I ask? At a time when climate change is impacting the Ghanaian countryside so negatively, the COCOBOD must be careful how it spends cocoa farmers' money. Hmmmm, Oman Ghana, eyeasem ooooo - asem kesie ebeba debi ankasa. Yooooo...