Lessons From The World Turning Into A Global Village 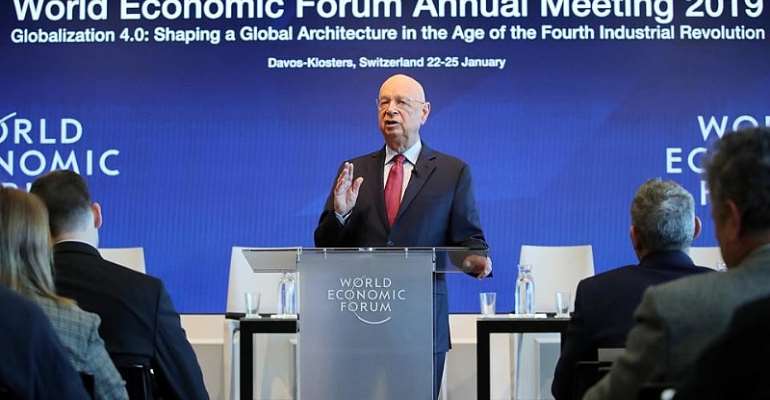 In his Twitter [email protected], the famous and universally celebrated Channel 4 broadcaster, Jon Snow, recently noted that in all his 45 years of reporting, he can’t remember a more chaotic, divided and disturbing period in British politics than these days. He was absolutely on point. He was quite correct, judging by the uneasiness that has descended on British political horizon in recent times. But if truth be told, Britain is not alone in this predicament.

The American government under Donald Trump’s watch continues to battle with its own problems which border on health care, immigration, religious freedom, marriage and family, education, environment, spending, welfare and election integrity.

Globally, there are still great concerns about climate change and the destruction of nature, deep-rooted conflicts and wars dominating many countries of the world, inequality in income distribution, inadequate medical care, general poverty, religious persecution, government transparency and accountability, corruption, insufficient food and water, security, lack of education, employment and economic opportunities for youths and women.

If we can briefly think backwards in reflection, we will realize that all these problems may have started with the Trans-Atlantic slave trade which began around the middle of the fifteenth century when Portugal’s interest in Africa changed from the enormous deposits of gold they were exploiting to the readily available and more lucrative marketing in slaves. By the seventeenth century, the trade was in top gear, peaking by the end of the eighteenth century.

One serious and lingering effect of that slave trade era was that it created a social condition that made citizens of the developed countries see themselves as lords of the manor, the Alpha and Omega of world enterprises. It endowed them with a psychology that made them feel superior to other races, and also to have the erroneous feeling that if they loosened their grip on, particularly, those once-subdued African countries, they would lose out on everything else. Ironically, most of the political leaders in these countries were born into that “understanding” and so they carried on with the legacy.

The developed countries came into Africa with their Bible on the one hand and their guns on the other. Africans had only clubs, and maybe, bows and arrows with which they engaged in their primitive hunting. What chances did they have against people from distant lands who had invaded their territories with guns? And so, that encounter produced one very important result which has persisted even in modern politicking across the globe and has contributed seriously to the problems the world is facing today. It initiated and invigorated a feudal system of social relationship.

Among Africans, there were slaves, and there were slave masters. Now, these slave masters were very close to the Europeans. They became confidants of the exploiters of their people and their land. That sort of relationship has subtly continued to exist over the centuries and because of that, it is difficult to see an end to unrest, unless the prevalent injustices in the world are genuinely addressed by world leaders.

In fact, former US President Barack Obama touched on the issue when he addressed some American youths not so long ago. If you are really confident about your financial situation, he said, you are probably not going to wear an eight pound chain around your neck because you know you’ve got a bank. You don’t have to show how much you have. You feel good. If you are very confident about your sexuality, you don’t have to have eight women around you, twerking. “I mean, why are you all like you seem stressed that you got to be acting that way? I’ve got one woman who I am very happy with. And she is a strong woman.”

Obama touched the raw truth when he said he thinks that part of the challenge we have today is because often times, racism, historically in the society, sends a message that you are “less than” and weak. “We feel that we’ve got to compensate by exaggerating certain stereotypical ways that men are supposed to act, and that’s a trap that we fall into, that we have to pull out of. If you are confident about your strength, you don’t need to show me by putting somebody else down. Show me how strong you are that you can lift somebody else up and treat somebody well and be respectful and lead in that fashion.”

In many ways, the twin evil of slavery and brain drain have continued to flourish between Africa and the developed countries of the world and despite the general impression that slavery has been abolished, it has continued to be in serious practice and euphemistically dubbed modern slavery. Bad governance which predicates on the selfish exploitation of the common wealth of African countries by their so-called leaders has always been encouraged and actively supported by political leaders of the developed countries in the same fashion they forged an alliance with the African leaders of the slave trade era. And that has culminated in the problem or part of the problem that we face today.

Many of the Africans who cannot stand the heat and injustice of tyrannical governance leave their countries in search of greener pasture overseas. Many of them take huge risks to cross the Sahara desert and find their way into Europe. Many die in the attempt. When those who are lucky to be alive get to Europe, some of the women become sex slaves for their “masters”. They make money and they keep paying their captors until the agreed amount is paid and then they are liberated to work for themselves. And always these greedy modern slave dealers are so merciless that it could take years for their captives to finish the payment. Again, there is the point that they come to stay after so many years of forced prostitution. They add to the number that eventually influences the European society.

Then there are the skilled workers and the tendency of the developed countries to welcome them in an attempt to use them to better the lot of their people. They pay them well in comparison with what they could be earning in their native countries. In the process, African countries suffer brain drain. And again the developed countries inadvertently add to the number of African people influencing their culture.

These things are happening because of the ambition of politicians to fulfill their electoral promises and make life better for their citizens. In a way, it is also because most politicians are more inclined to doing anything possible to win the next election than win the confidence and goodwill of the impoverished peoples of the world.

When Labour Party was British government, it saw the world as one unit, thanks to Tony Blair’s political sagacity. The leadership of the party was one step ahead of the global trend because they knew that everyone knew that technology had turned the world into a global village. They saw the consequences and were prepared not only to face it squarely but more importantly to put Britain in its rightful position in making that global village work for the good of humanity.

The generality of British people, smarting from their age-old ideas of master-servant relationships did not understand. They were not equipped to understand. And so they voted Labour out and voted in the Conservative party they believed would secure their sense of superior feeling. The conservatives sowed the seed of Brexit which has become a dominant political dilemma over the years. While the world is coming together as the human family via technological innovations, Britain and a few other countries are falling apart because of the flawed vision of their leaders.

Therefore, unless political leaders in the developed countries see and take into consideration the impact technology is having on the modern world, the influence of immigrants who fled their native countries into theirs because of bad governance that the developed countries were and are still propping up supposedly for the selfish aggrandizement of their societies and unless they adapt their political priorities to meet with the realities of these developments, it is difficult to see when all the global unrest will come to closure. As a matter of fact, it is only when political leaders in the developed countries can suppress the politics of master-servant relationships across the globe and relate to working class families across board as the pillars of the society that they can begin to grapple more meaningfully with the challenges of modern governance and learn their lessons from the world turning into a global village.