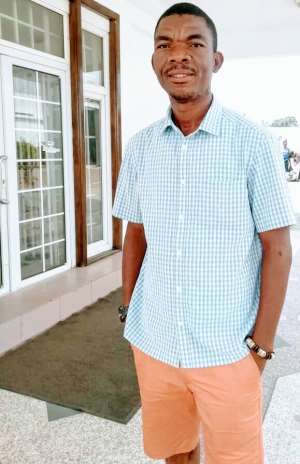 *"We are what we repeatedly do"- Aristotle.*

Former President Mahama has demonstrated lack of ideas and alternatives by his repeated attacks on government policies and initiatives without making known how he intends to either implement or review them.

The attacks by the former president Mahama on policies of President Akufo- Addo are nothing but vile propaganda if he fails to provide alternatives. It is not just enough for a former president to just attack policies that he couldn't ever dream of initiating under his tenure, not to talk of peddling untruths about ongoing projects.

Former President Mahama has alleged that no dam has been constructed thus far. Invariably, facts have proven contrary to this allegation.

He has alleged that he sent some Zongo women to study gynecology in Cuba during his regime. Invariably, facts have proven contrary to this allegation too and that he spoke untruth.

Again, he has alleged that the current administration has created joblessness. Invariably, available facts have proven contrary to this allegation too. I can go on and on.... including the recent 'buying' of some people to pretend to be pleading on him to come salvage them as nursing students. We are all witnesses to the disclaimer that was issued by the SRC and the school administration of Nalerigu NTC.

But permit me to ask these questions:

Did the former president Mahama supervise the cancellation of the nurses and teacher trainee allowances? Now that it has been reinstalled, can he kindly tell what alternatives he has in the unlikely event he is elected back to power?

Did the former president Mahama spearhead this country when the youths, particularly graduates were calling for jobs?

Did the former president Mahama lead this country during the era of SADA?

Didn't the former president Mahama say that the NPP led by Nana Addo cannot bring into fruition free SHS and run many adverts to that effect? Now that FREE SHS has come to stay....can we take his words seriously?

Did the former president Mahama lead this country in the era of good four years of 'dumsor'?....

Granted we want to even take him serious, can he tell us what he wants to do...with integrity and objectivity?

Truth be told, I am yet to hear former president Mahama give one realistic alternative to what H.E Nana Addo Dankwa Akufo-Addo has done and is doing. The alternative is indeed scary