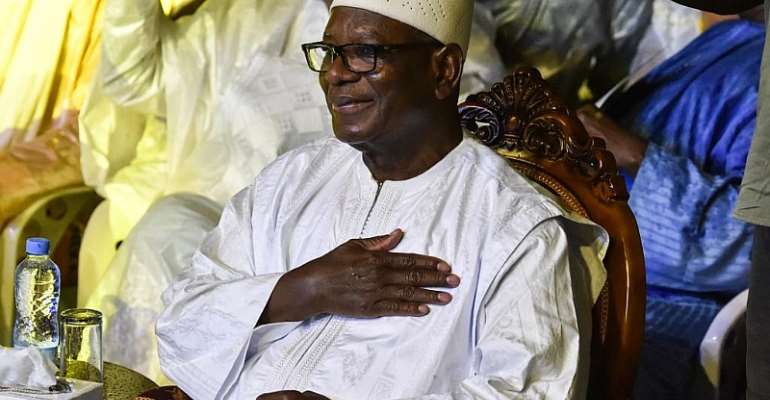 At least 38 soldiers were killed in two attacks last week near the border with Burkina Faso, a death toll that observers say is probably an underestimate.

"No military coup will prevail in Mali, let it be said," the president announced in remarks recorded Saturday and released on Sunday. "And I don't think this is on the agenda at all and cannot worry us," he added.

"We are at war," the president said after the attacks last Monday and Tuesday in the towns of Boulkessy and Mondoro, which evoked memories of a 2012 army coup in the former French colony.

"What happened at Boulkessy could unfortunately happen again," Keita said.

The assailants used heavily armed vehicles in the raids on the two military camps, during which the government said troops killed 15 jihadists.

The jihadists made off with a large quantity of arms, ammunition and equipment -- local media said about 20 vehicles were captured, including some mounted with machine guns.