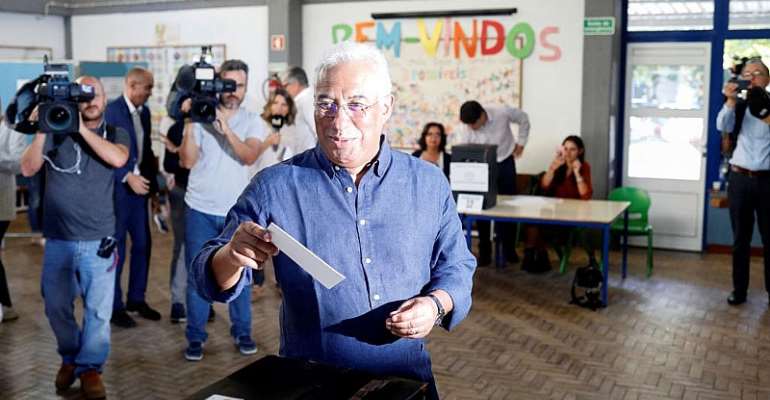 Voters in Portugal this Sunday are expected to grant Prime Minister Antonio Costa's Socialists a second straight term following a period of solid economic growth after years of austerity.

Final opinion polls published on Friday put support for the Socialist Party (PS) -- which has governed for the past four years with the backing in parliament of two smaller hard-left parties -- at 36-39 percent, compared to 25-30 percent for their nearest rivals, the centre-right Social Democrats (PSD).

If opinion polls stand up the PS would boost its numbers in Portugal's 230-seat parliament but still fall short of an absolute majority, meaning former Lisbon mayor Costa would once again need the support of at least one other party to govern.

PHOTOS: Ghanaians hit the streets of Accra for #FixTheCountr...
25 minutes ago