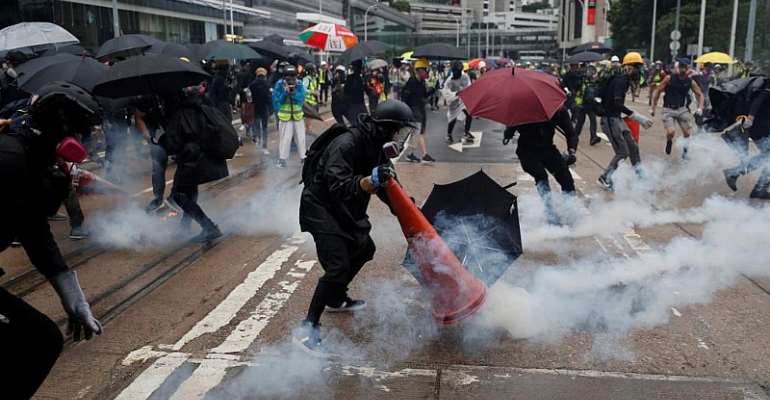 Thousands of pro-democracy protesters marched through central Hong Kong Sunday, as a court dismissed a legal bid to have a ban on face masks suspended.

Tens of thousands of people – many with their faces covered – braved the pouring rain to join coordinated marches that began peacefully before erupting into clashes with security forces.

The demonstrations mark the first significant public gatherings since the ban on face masks took effect at midnight on Friday, triggering widespread unrest early Saturday that forced the closure of the city's subway network.

Hong Kong leader Carrie Lam said the night of “extreme violence” had justified her decision to invoke the emergency laws banning face masks for the first time in 50 years.

A legal challenge by 24 legislators was dismissed by the High Court on Sunday. It was the second attempt to overturn the face mask ban, after a failed bid by two activists to obtain a court injunction on Friday.

The court did, however, agree to a more substantial hearing of the case at the end of the month.

Pro-democracy demonstrators have been using face masks to conceal their identities and protect them from tear gas as Hong Kong's protests turn increasingly violent – and authorities say the anti-mask law will make it easier to find and prosecute those involved.