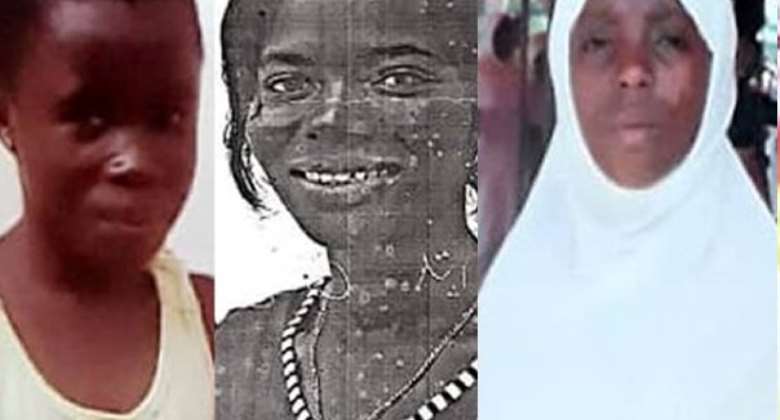 Three out of the five missing persons have been found. The three are Fauzia Aliu, Augustina Koomson and Rosina Gyekyewaa.

Fauzia Aliu, 17, returned home on the October 2, about 8 pm. Her father, Aliu Suleman, brought her to the Police on October 4.

The victim informed the Police that she left home for Accra in search of her biological mother. She has been reunited with the father.

Thirteen-year-old Rosina Gyekyewaa was found loitering in Cape Coast by the Police and brought to the station on October 5 at 09:45 hours by her grandmother Martha Manu.

Victim stated that she learnt her mother lived in Kumasi so she was moving there to live her mother because she doesn't want to stay with her grandmother.

Mr. Koomson, husband of Augustina Koomson age 42, who reported the missing of his wife, came to inform the Kwesimintism Police on the 2 October 2019 that he had information that her wife was lodging with her brother at Osu in Accra.

He has called the wife several times but did not pick his phone calls. On October 4 the police were able to contact victim Augustina Koomson who confirmed she was sick and living with her brother in Accra.

Also, investigations by the police did not establish any case of kidnapping.

However, the police are yet to find anything on the fourth girl, Charity Boah.

The 17-year-old, who was last seen on September 16 at Ntankoful, reportedly went home with some personal belongings and GHC200 worth of cash to an unknown location.