Around 20 dead in gold mine attack in northern Burkina Faso: security sources 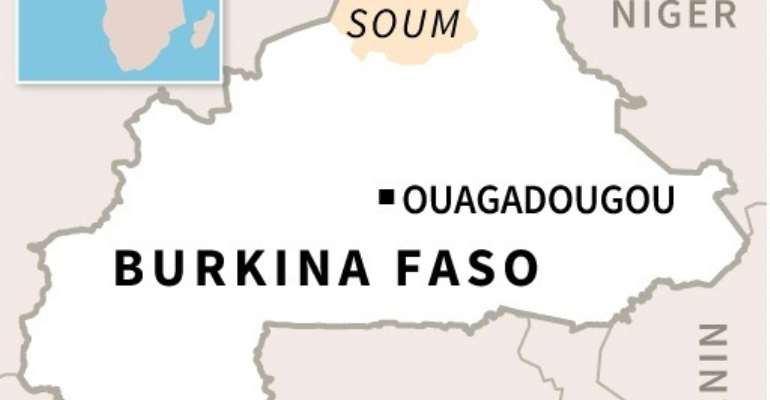 Around 20 people were killed in an attack on a gold mining site in northern Burkina Faso, security sources said Saturday, the latest in a spate of violence generally blamed on a jihadist insurgency.

Another security source confirmed the attack, adding that a number of people had been injured, without giving further details.

The West African nation has become part of a four-and-a-half year jihadist insurgency in the Sahel region.

Many of the attacks have been attributed to groups affiliated with Al-Qaeda, and others to the so-called Islamic State group.

More than 585 people have been killed since early 2015, according to an AFP toll.

A week ago, 17 people, including a soldier, were killed in a weekend of attacks in the north.

On September 29, about 20 men on motorcycles attacked the village of Komsilga in Bam province, killing nine people, and burning shops and two car tyres.

Later the same day, seven people were killed after armed individuals attacked the village of Deneon in the same province.

A third attack in Deou in Soum province saw a soldier killed during an attack on an army unit.

The Burkinabe army, which itself has suffered heavy losses, has been unable to stop the attacks, which were initially concentrated in the north of the country but have since spread to other regions in the east and west.

Attacks on emblems of the state, hit-and-run raids on remote villages and brutal interpretation of Islamic law have forced an estimated 300,000 people to flee their homes to the south.

The attacks have also fuelled intercommunal violence and seen about 2,000 schools closed.

West African leaders last month announced a billion-dollar plan to fight the rising problem of jihadist violence in the region, at a summit in Burkina Faso.

The fight against the rising tide of jihadist violence in the region has so far been hampered by a lack of funds.

The G5 Sahel, a joint taskforce, was created in 2014 to try to tackle the problem, backed by former colonial power France.

From July 2017, it pooled troops from Burkina Faso, Chad, Mali, Mauritania and Niger in a bid to drive back the jihadist groups.

But a lack of finance, training and equipment, limited their effectiveness and their numbers.

The force currently numbers 4,000 troops although 5,000 were originally planned.

According to the US think-tank the Center for Strategic and International Studies (CSIS), the number of radical Islamist-linked attacks in the Sahel has doubled each year since 2016.