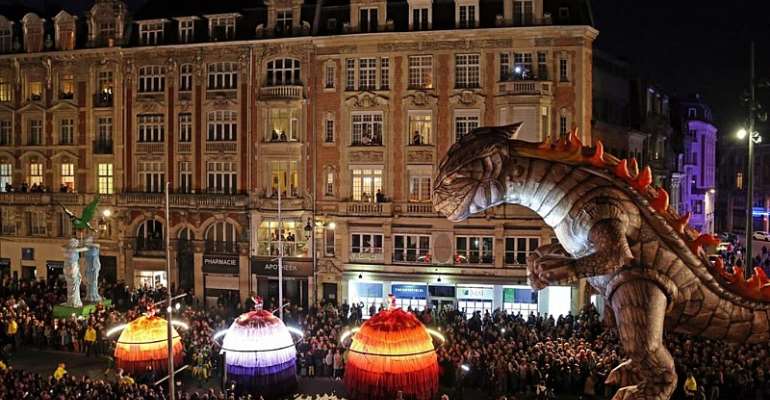 It's the first Saturday of October, and that means Paris is once again pulling an all-nighter in the name of art – with opera karaoke, dancing in the streets and a giant floating parade among the highlights for the city's 18th Nuit Blanche.

Sports is also a major theme at this year's event, with Paris looking forward to its role as host of the 2024 Olympic Games.

In the city's north-east, motorists will make way for pedestrians and cyclists as part of the Péripherique, or ring road, is transformed into an illuminated velodrome – with music, dancing and street food.

Also on offer for those considering trading their engines for bikes are self-repair workshops, cycling lessons and tips on how to prevent your two-wheeler from being stolen.

Normally bumper to bumper with traffic, the ring road will remain closed between Porte de Bagnolet and Porte de la Villette until 10am in honour of this year's festival theme of “movement”.

For fans of fitness, two 10-kilometre jogging routes have been set up, complete with cultural stop-offs along the way including the Musée des Arts Décoratifs, the Chatelet Théâtre and the Louvre.

Five so-called “stations” across the city will provide a focus point for cultural exhibitions and performances. And, of course, public transport will be running through the night.

Founded in 2002, Nuit Blanche has been replicated in a number of cities worldwide.