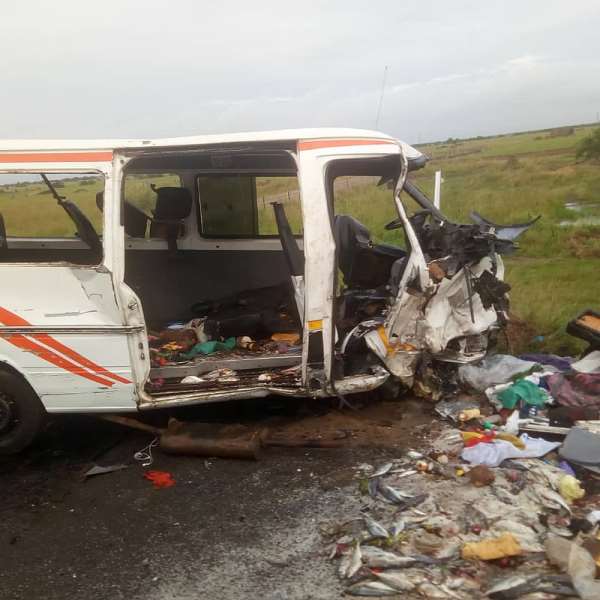 A total of six passengers including a female died instantly when two commercial vehicles collided at Sege on the Tema-Aflao Highway Friday night, October 4, 2019.

The accident occurred at the outskirt of Sege in the Ada West District of the Greater Accra Region.

While the injured passengers are responding to treatment at the Battor Catholic Hospital, the deceased persons have been deposited at the morgue of the same hospital.

Deputy Superintendent of Police (DSP) George Aboagye, Commander of the Sege District Police Headquarters who confirmed this to DGNonline mentioned that the accident occurred at about 7:30 pm when a Benz Sprinter bus with registeration number GC 7364-12 with 15 passengers onboard and traveling from Ashaiman to Ada collided with a Toyota Hiace with registration number GT 925-10.

The Toyota Hiace was carrying 12 passengers and was traveling from Aflao to Accra.