At Last An Action On Plastics 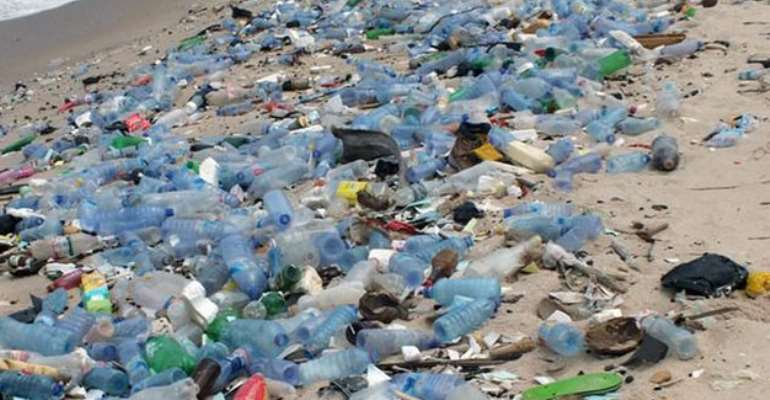 The most poignant action yet has been taken against plastic pollution in the country. It is a relief worth celebrating considering the tonnes of the waste being generated across the country and the attendant negative fallout from the occurrence.

An action, a rare one at that involving the government and the Global Plastic Action Partnership (GPAP) sounds promising.

When an organization with such clout and expertise links up with government to contain a menace, the outcome all things being equal will be positive.

We have observed over the past few years the mounting challenges being created by plastic pollution in the country. Although a worldwide phenomenon, individual countries especially outside our hemisphere are tackling it in their own way. Actions such as multiple use plastics and the production of biodegradable ones to an outright ban have been adopted in some countries. While we may not be able to contain the immediate effects of an outright ban, there are measures we can adopt to mitigate the negative economic and environmental effects of plastic pollution in our part of the world.

There are multiple negative effects of plastic pollution in the country as it is elsewhere in the world. Besides the eyesore caused by pieces of flying plastics the havoc these stuff cause in our part of the Atlantic Ocean is enormous: the partnership seeks to address the leakage of plastics into the Atlantic Ocean.

As we pointed out in one of our editorials on the subject, fishermen can best tell us what plastics are doing to their trade. It is common for them these days to catch more plastic products than fish. And to think that the problem is man-made and therefore avoidable is even more worrying.

For a long time, action against plastics has been restricted to conference room discussions or even academic discourses with nothing in the areas of practical action visible.

There is a silver lining in the horizon now, which makes us happy. Besides the partnership arrangement, we think that there should other accompanying measures worthy of consideration by policymakers.

The private sector, especially actors who produce a lot of plastic stuff must be compelled by law to manage the effects of their products. They should, for instance, be made to part with a certain percentage of their profits to a special account to be used to manage the consequence of plastic pollution. Shopping malls and department stores should be encouraged to turn to paper bags.

There should be more frequent discussions about plastic pollution on the airwaves as a means of sensitizing the populace.

We also think that a compulsory addition of that chemical which would render plastics biodegradable should be enforced.

Critical education on the effects of plastic pollution should be taught at both primary and JHS levels as an extra-curricular activity.

When children grow up with an understanding about their environment, they would be in a better position to join the war against plastic pollution.

Period seminars on the subject with attendant issue of communiqués would keep the subject on the front burners for a long time.