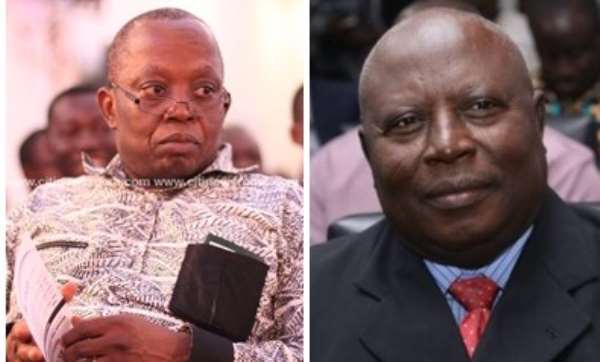 The Media Foundation for West Africa (MFWA) has lauded the Special Prosecutor, Martin Amidu and the Auditor General, Daniel Domelovo for waging heavy war against corruption despite the sabotages.

In an interview with Citi News, Executive Director for the foundation, Sulemana Braimah posited that the anti-corruption fight is effectively being championed by both men.

“In our country today, the biggest problem is corruption. Dealing with corruption is a question of leadership. Talking about the fight against corruption, the Auditor General has demonstrated quite adequately that he is committed to dealing with the issue of corruption despite the challenges that one would face,” he stated.

According to Mr. Braimah, it's about time Ghanaians realized neither the NPP nor the NDC will lead the country to a much-desired level of development.

“I also believe that knowing someone like Martin Amidu he certainly is someone who is wholeheartedly committed to the fight against corruption because it I think that we are at the point where we all should draw the conclusion that both the NPP and NDC cannot be the parties that will lead this country into prosperity,” he said.

The former Attorney General Martin Amidu who was sworn in as the first person to head the newly created Office of the Special Prosecutor last year has faced many backlashes about his actions towards the fight against corruption.

Many institutions and political giants have lashed out against him, claiming he has not been able to perform his duties to full capacity as a Special Prosecutor since he was sworn in, as was expected.

His supposed nonperformance has even forced former president Jerry John Rawlings, who has spoken largely against corruption, especially in the Mahama government to wonder what may have kept him from going ahead to prosecute cases of alleged corruption.

Some of these critics have asked for his resignation following his admission that resources for the performance of his role are inadequate.

Mr Amidu, however, has responded to those demands saying that his obligation is to serve the people of Ghana and no one else, and is still in the act of ending the vice in the country.

On his part to fight corruption, the Auditor General, Daniel Domelevo has helped recover monies through surcharges from individuals and institutions who have misused state monies or could not account for monies they dispensed.

In the early part of this year, for instance, Mr. Domelevo, said his outfit engaged the Economic and Organised Crime Office (EOCO) to help retrieve some GHc500 million from persons who misappropriated state funds.

In further efforts to fight against corruption, Mr. Domelevo guaranteed that the Ghana Audit Service is ready and willing to engage local and international institutions to forge a united front to fight to minimize corruption in any form and make it less attractive for potential perpetrators.

Mr. Domelevo gave this assurance at the 1st African Anti-Corruption Forum in Sharm-El-Sheikh, Egypt in June.