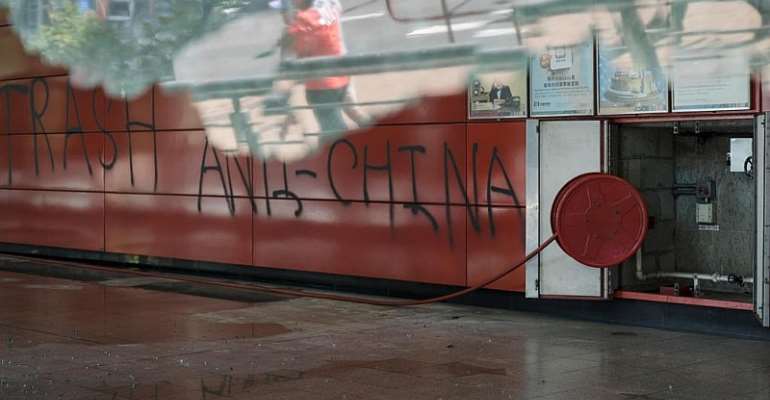 Hong Kong is braced for further unrest this weekend after leader Carrie Lam said a night of “extreme violence” had justified her decision to invoke emergency laws banning face masks for the first time in 50 years.

In an unprecedented move, all of Hong Kong's 11 subway lined were suspended Saturday after protesters – furious by the city's use of emergency powers – vandalised train stations, spray-painted ATMs and set small fires across the financial district.

Many pro-government banks, supermarkets and shops in the normally bustling business hub were shuttered following the violence overnight Friday – during which windows were broken, ATMs spray-painted and a 14-year-old boy shot in the leg.

“The radical behaviour of rioters took Hong Kong through a very dark night, leaving society today half-paralysed,” Lam said in a televised announcement Saturday. “Everyone is very worried, concerned and even horrified.”

Pro-democracy demonstrators have been using face masks to conceal their identities and protect them from tear gas as Hong Kong's protests turn increasingly violent – and authorities say the anti-mask law will make it easier to find and prosecute those involved.

The Emergency Regulations Ordinance that Lam used to issue the anti-mask laws was last invoked during Hong Kong's 1967 riots, when more than 50 people were killed in a year-long leftist bombing and unrest.